WHAT ARE THE WORST PROBLEMS IN THE WORLD TODAY? MILITANT ISLAMISM, SECULARISM, CULTURE OF DEATH, TOTALITARIANISM, NOT ECONOMICS 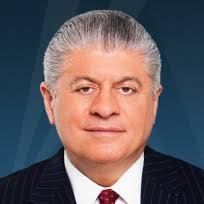 The Pope and Basic Economics

What is the worst problem in the world today? Might it be war, starvation, genocide, sectarian violence, murder, slaughter of babies in the womb? Any of these would be a rational answer. But when Pope Francis was asked this question recently, he replied, “Youth unemployment.”

To be sure, youth unemployment is a serious problem. In some parts of the United States, the richest country in the world, it has reached 25 percent. These are people who are no longer in school full time and are not yet 30 years of age. It is a problem for them and their families, for their communities, and for the welfare states that are supporting them. But is it the worst problem in the world? Is it a problem for the Roman Catholic Church? And is it something the Pope is competent to comment upon or to resolve?

The Pope’s youth unemployment comments recently were removed from the Vatican’s website. No sooner had that been done than the Holy Father issued his first apostolic exhortation: a formal papal teaching, as opposed to his now famous impromptu back-of-the-plane yet on-the-record comments.

His apostolic exhortation is about economics, and it reveals a disturbing ignorance. I say this with deference and respect. I also say this as a traditionalist Roman Catholic who laments the post-Vatican II watering down of sacred traditions, lessening of moral teaching and trivialization of liturgical practices. But I also say this as a firm believer that Pope Francis is the Vicar of Christ on Earth and, as such, personifies the teaching authority of the Church. He is morally and juridically capable of speaking ex cathedra — that is, infallibly — but only after surveying and distilling traditional Church teachings and only on matters affecting faith and morals.

Thank God, so to speak, that his teaching authority is limited to faith and morals, because in matters of economics, he is wide of the mark.

His apostolic exhortation, entitled “Joy of the Gospel,” attacks free market capitalism because it takes too long for the poor to get rich. “They are still waiting,” the Pope wrote. Well, without capitalism, which rewards hard work and sacrifice, they will wait forever. No economic system in history has alleviated more poverty, generated more opportunity and had more formerly poor people become rich than capitalism. And the essence of capitalism goes to the core of Catholic teaching: the personal freedom of every person. Capitalism is freedom to risk, freedom to work, freedom to save, freedom to retain the fruits of one’s labors, freedom to own property and freedom to give to charity.

The problem with modern capitalism — a problem that escaped the scrutiny of His Holiness — is not too much freedom, but too little. The regulation of free markets by governments, the control of the private means of production by government bureaucrats, and the unholy alliances between governments, banks and industry have raised production costs, stifled competition, established barriers to entry into markets, raised taxes, devalued savings and priced many poor out of the labor force. The Pope would do well to pray for those who have used government to steal freedom so as to satisfy their lust for power, and for those who have bowed to government so as to become rich from governmental benefits and not by the fruits of their own labors.

Traditional Catholic social teaching imposes on all of us a moral obligation to become our brothers’ keepers. But this is a personal moral obligation, enforced by conscience and Church teaching and the fires of Hell — not by the coercive powers of the government. Charity comes from the heart. It consists of freely giving away one’s wealth. It is impossible to be charitable with someone else’s money. That’s theft, not charity.

If you give until it hurts, freely and out of love, and seek nothing temporal in return, you have built up treasure in Heaven. But if the government takes from you and redistributes your wealth to those whom the government has decided to benefit — rich and poor alike — what merit is there in that for you? If you give a poor person a fish to eat, in a day, he’ll be hungry. If you show him how to catch fish and teach him how to acquire the tools needed to do so, he can become self-sufficient and perhaps one day rich enough to help others. If the government takes money from you to buy the person a fish, half of the money will be wasted.

The Pope seems to prefer common ownership of the means of production, which is Marxist, or private ownership and government control, which is fascist, or government ownership and government control, which is socialist. All of those failed systems lead to ashes, not wealth. Pope Francis must know this. He must also know that when Europe was in turmoil in 1931, his predecessor Pius XI wrote in one of his apostolic exhortation: “(N)o one can be at the same time a sincere Catholic and a true Socialist.”

The Church does not teach just for today, but for the life of man on Earth. That’s why the essence of the Papacy is not contemporary problem solving, but preservation of truth and continuity of tradition. For this reason, Popes do not lightly contradict their predecessors. If it was sacred then, it is sacred now.

Timothy Cardinal Dolan, the Archbishop of New York, recently discovered serious structural problems with St. Patrick’s Cathedral that will cost $200 million to repair. He will soon have that bill paid. Where did that money come from? It came from the disposable income of rich Catholic capitalists. Who will benefit from this? The blue-collar workers whom the restoration project is employing now have jobs, and everyone — rich and poor — who attends Mass at the refurbished St. Patrick’s will do so in comfort and beauty.

What shall we do about the Pope and economics? We should pray for his faith and understanding and for a return to orthodoxy. That means Holy Mother Church under the Vicar of Christ — saving souls, not pocketbooks.

Reprinted with the author’s permission.

The Best of Andrew P. Napolitano

Andrew P. Napolitano [send him mail], a former judge of the Superior Court of New Jersey, is the senior judicial analyst at Fox News Channel. Judge Napolitano has written seven books on the U.S. Constitution. The most recent is Theodore and Woodrow: How Two American Presidents Destroyed Constitutional Freedom. To find out more about Judge Napolitano and to read features by other Creators Syndicate writers and cartoonists, visit creators.com.

Previous article by Andrew P. Napolitano: Does It Expose the Government?

2 Responses to WHAT ARE THE WORST PROBLEMS IN THE WORLD TODAY? MILITANT ISLAMISM, SECULARISM, CULTURE OF DEATH, TOTALITARIANISM, NOT ECONOMICS