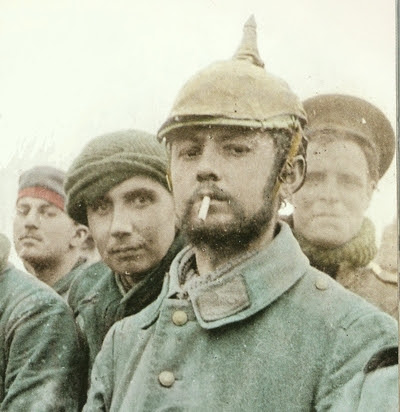 The radical dream of ‘peace on earth’

CHRISTIANS REGARD Jesus as the “prince of peace,” and the dream of a world at peace is woven into the story and meaning of the holiday celebrating his birth.

As an angel shared good tidings of great joy with the shepherds abiding in the field, the Gospel of Luke recounts, the heavenly host sang of “glory to God in the highest, and on earth peace, good will toward men.” Two millennia later, what could be more familiar than Christmas cards sharing a wish for peace on earth, or the tender carol “Silent Night,” with its image of a mother and her newborn sleeping “in heavenly peace”?

Our world has never been a paradise of tranquility and benevolence, yet the yearning for such a utopia is deeply rooted. It can feel especially compelling at this time of year. One of history’s most astonishing illustrations of Christmas goodwill occurred 99 years ago this week, during the early months of World War I, when tens of thousands of British and German soldiers took a break from slaughtering each other along the bloody Western Front. In a remarkable series of unofficial truces, troops on both sides silenced their machine guns and emerged instead into the No Man’s Land between their trenches to exchange Christmas greetings with the enemy, sharing souvenirs, exchanging cigarettes and liquor, singing carols, and in some cases even playing soccer.

We take it for granted that the world would be a better place if only such interludes of peace and brotherhood were the norm — if only the butchery and cruelty of warfare could be banished forever. “On earth peace, good will toward men,” the angel says in Luke. Nearly eight centuries earlier, the Hebrew prophet Isaiah had expressed the ideal of peace with arresting eloquence:

“And they shall beat their swords into plowshares, and their spears into pruning hooks: Nation shall not lift up sword against nation, neither shall they learn war any more.” Those words are carved on a wall facing the headquarters of the United Nations, an organization created, in the opening words of its charter, “to save succeeding generations from the scourge of war.”

What decent person wouldn’t want such a world? Universal peace and harmony would be an unqualified blessing: What could be more self-evident?

In fact it was anything but self-evident in antiquity. That war is an unspeakable curse and peace among the greatest of treasures is not a value human societies have always inculcated. “We may be sure,” writes David Wolpe, the well-known rabbi of Sinai Temple in Los Angeles, “that no one in ancient Assyria stood up and cried, ‘How can we fight like this? It is cruel! After all, we are Assyrians!'” Isaiah’s vision of nations at peace must have sounded preposterous to the martial nations of his day. “Assyrians fought untroubled by conscience,” Wolpe remarks. “Romans cheered the brutalities of the arena.”

This point was vividly driven home to me this year when for the first time I read The Iliad, Homer’s great epic of the Trojan War. In scene after scene, Homer depicts warfare in gruesome and hellish detail. On nearly every page he graphically describes the killing of Greek and Trojan warriors, portraying their deaths with an intensity and focus — the severed limbs, the shattered skulls, the screams of agony — that are shocking in their barbarity. 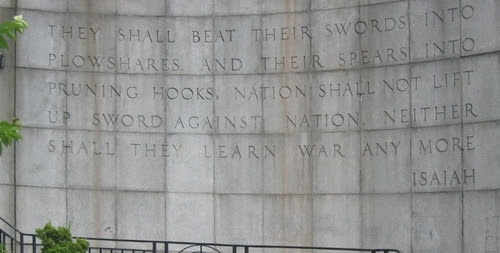 Shocking to a modern reader, that is. Homer plainly isn’t shocked or upset by the savagery he details. On the contrary. The culture of the Iliad is one in which slaughter is the key to glory and the total destruction of the enemy — women and children not excepted — is exhilarating. At one point the Trojan hero Hector, in the company of his beloved wife, prays that their infant son will grow up to be a great warrior in his own right, admired by all as he returns from battle, “having killed his enemy, carrying back in triumph the gore-stained armor to gladden his mother’s heart.”

To the ancients, it was obvious that a mother would be proud to see her son return from the battlefield with the “gore-stained” armor of the man he has just killed. That was the world into which the Jewish prophets long ago brought their messianic message of peace on earth, goodwill to men. In time, Christianity would spread that radical ideal across the globe. Its impact may be gauged from the fact that on this day, as Christians mark the birth of their “prince of peace,” it is hard to imagine there could ever have been an age when good people everywhere didn’t long for a world without war.