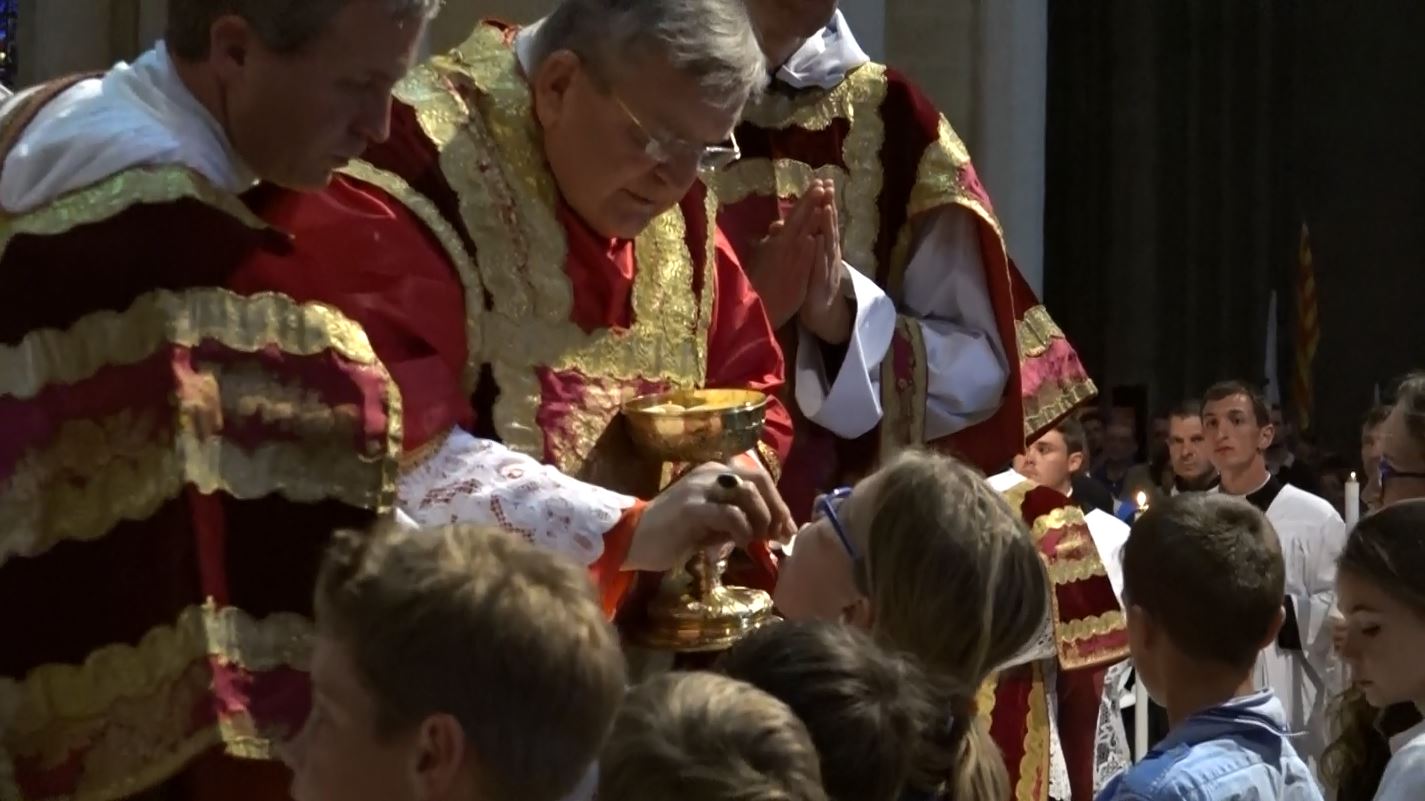 When even more conservative bishops such as Alexander Sample find it necessary to partner with Evangelical outfits such as the ‘non-denominational’ ministry, ‘Young Life, to try to get disenfranchised Catholic kids to come back to the Church, it’s obvious there’s a big problem.

Just 50 years after Vatican II the Catholic world has lost its Catholic identity to such an extent that the bishops are reduced to consulting non-Catholic ministries to help them stop the hemorrhaging of Catholic young people out of the Church.

One wonders if a non-denominational Protestant partnership can help resolve problems caused by a largely Protestantized Catholic liturgy.

But there is a Catholic alternative that is working and that is taking root all over the world.

What is it? It’s called going back to the future, and it’s an international Catholic youth movement based on the Traditional Latin Mass.