IF YOU WERE SHOCKED TO LEARN OF MAJOR HASSAN, WHAT DO YOU THINK OF THIS? 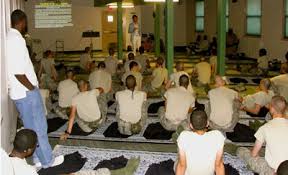 Dave Gaubatz
EDITORIAL
Family Security Matters http://www.familysecuritymatters.org/authors/detail/dave-gaubatz#ixzz2cq40CLMO
21 Aug 2013
A couple of months ago I had the opportunity to visit the Islamic Center of San Antonio, San Antonio, TX. The research findings were typical of most Sunni mosques around America. This is a Salafist (Wahhabi) mosque. Inside were the typical violent materials such as Fiqh Us Sunnan, Tafsir Ibn Kathir, Riyadh Al Salheen, and more.The research findings were not a surprise since I have seen this type mosque hundreds of times during my research. What was interesting is the Islamic Center is near Lackland AFB. This is one of the U.S. Military largest training bases. All USAF personnel must conduct their initial training on this base.
1. The Imam is Yousef Said. PHD. Most of the worshippers are from Pakistan/Sunni-Salafist.
2. They had all the materials that identify them as supporting Al Qaeda, Hamas, Muslim Brotherhood.
3. Very strict Sharia adherence. Many of the young girls were completely veiled.
4. The Center has a strong security team on the grounds 24 hours a day.
5. I met several men, the Imam, custodians, and their head of security.
6. The Islamic Center is closely linked to Masjid Beit El Magdes, 7627 Culebra Rd., San Antonio. They are also behind the Mosque on Lackland AFB. A Brother Jeffrey is the Imam at the Lackland mosque. I was informed the new USAF recruits at Lackland must study Islam and attend the mosque on base. Brother Jeffrey has a goal of recruiting or converting at least 3 Airmen per week. Thus far they have had no problem doing this.
7. There were brochures of Imam Siraj Wahhaj coming to San Antonio on 8 June 2013.
Remember I have always said Wahhaj is America’s most dangerous Islamic leader. The meeting is open for all and will be held at the Crossroads Mall Wonderland of America, 4522 Fredericksburg Rd, San Antonio, TX 7pm – 10pm.
8. A former U.S. military member (Terry Holdbrooks) assigned to GITMOwas converted by three GITMO prisoners. Holdbrooks now speaks at mosques. He was in San Antonio on 24 May 2013.
9. The Islamic Center has close ties with CAIR National.  Lackland is also home to a large number of Saudi Military. They attend training at this base for various aircraft related fields of study. Over the years there have been Saudi military that suddenly disappear into the American landscape. Many are part of the underground Islamic sleeper cell community.
Lackland AFB has a mosque and what I found disturbing was that non Muslims AF trainees at Lackland attend Islamic services at the mosque. The Islamic leaders at the Islamic Center of San Antonio informed me that new AF recruits must attend Islamic services at the mosque.
While the U.S. military has clamped down on military members having any connection to the Christian and Jewish faith, or speaking to one another about their religious beliefs, the military leaders are encouraging and demanding non Muslim USAF members attend Islamic services.
On 23 Aug 2013, I contacted the Chaplains office at Lackland AFB. I was informed Chaplain Rockman is the point of contact for Islamic services and holds services at Hope Chapel, Lackland AFB.
It is a sad day when our military leaders are emerging more as politicians than military men and women. It is sad that our USAF trainees are being shuttled to Islamic services and ultimately recruited by Islamic leaders at the rate of three per week, just on this base alone.
Not only is it sad that our military men and women are having to listen to the propaganda of Islamic leaders, it is a national security concern. Sharia law and the U.S. constitution are in no way compatible, and one can’t serve both Allah (Muslim God) and the God of Christians and Jews. They also can’t faithfully serve our country and Sharia law at the same time.
Dave Gaubatz
EDITORIAL
21 Aug 2013
Dave Gaubatz spent 20 years as an active duty USAF (Special Agent/OSI), 3.5 years as a civilian 1811 Federal Agent, trained by the U.S. State Department in Arabic, and was the first U.S. Federal Agent to enter Iraq in 2003. He is also a counterterrorism counterintelligence officer. Gaubatz currently owns “Wahhabi CT Publications” and conducts CT Research on behalf of high profile non-profit organizations. His website is here, and he can be reached at davegaubatz@gmail.com.Read more: Family Security Matters http://www.familysecuritymatters.org/authors/detail/dave-gaubatz#ixzz2cq40CLMO