THIS IS UNBELIEVABLE, BUT IT IS TRUE: A FATHER SAVED HIS SONS LIFE WITH A GUN IN A HOSPITAL !!!

Dad who who saved son’s life by three-hour, armed hospital standoff is freed from prison

But George’s dad, George Sr., felt in his gut that his son could make it, despite the terminal prognosis.  His son just needed more time.

Nevertheless, doctors told the family that George had no hope of recovery.  Both George’s mother and his brother agreed to take George off life support.  Hospital staff even notified an organ donation organization that George’s organs would be imminently available.  {This is what is it is all about !!! Organ harvesting for transplantation !!! In the United States the medical profession gets rich from an INDUSTRY THAT HAS NOW GROWN TO $1,000.000.000 (THAT IS ONE BILLION DOLLARS) annually.    “They were moving too fast. The hospital, the nurses, the doctors,” George Sr. told KPRC. “I knew if I had three or four hours that night that I would know whether George was brain-dead.”

That’s when George Pickering the Second did something dangerous, and illegal, which saved the life of his son.

George Sr. took a gun into Tomball Regional Medical Center, barricaded himself in with his son and began a three-hour standoff with staff and police, seeking to give George Jr. more time on life support.  {I would not recommend that you do this, but we cannot blame George Sr., especially since it worked !!!}

Even after he was disarmed, the father remained barricaded in, and even threatened staff and officers, to buy George time on life support.

Then, after three hours, George Jr. surprised everybody –except his dad– by squeezing his father’s hand, on command, three times.

“The SWAT team had their own doctors and when they entered into the critical care room,  they saw that my client’s son was not brain dead because he was making eye contact (and) was following their commands,”he family’s lawyer Phoebe Smith told RT.  “They were completely amazed.”

George Jr. recovered completely.  “When you see him now, he is a picture of health,” Smith said.  “I don’t think he would have survived but for the fact that his father slowed the process down.”

“Almost every day we see our rights to make medical decisions for our loved ones eroding,” Bobby Schindler of the Life and Hope Network, told LifeSiteNews.  Schindler is the brother of Terri Schiavo, who died after her life support was removed in 2005, even though she showed slight signs of responding to her mother, doctors testified that Terri was in a “minimally conscious state,” and the judge deciding whether to remove life support admitted that Terri responded to her mother, though not consistently.

“Sadly, it resorted to a father having to use the threat of violence to afford time for his son to have that chance to improve,” Schindler commented.  “While violence is never the answer and cannot be tolerated, one can understand the unconditional love parents have for their children and wanting nothing more than to give them the chance to recover.”

Arrested, charged with aggravated assault with a deadly weapon and convicted, the father gladly served nearly a year in jail for his crime.

“There was a law broken, but it was broken for all the right reasons,” the younger George explained to the Daily Mail.  “And I’m here now because of it.  It was love, it was love.”

This Christmas, newly freed dad and son reunited to celebrate the life of the Christ Child, and, the life of George the Third.  “The important thing is I’m alive and well, my father is home and we’re together again.” 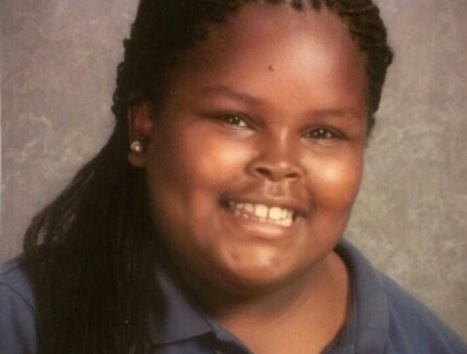 by Texas Right to LifeWednesday, December 30, 2015

Over two years ago, 13-year-old Jahi McMath was declared brain-dead following complications related to tonsil surgery in California.  Jahi’s hospital pushed to remove the young girl from life support, but her family suspected that the prognosis of brain death was inaccurate, citing responsiveness from Jahi among evidence that she was not brain-dead.  A legal battle between the hospital and family ensued, and ultimately Jahi’s family was able to move her from California to a facility in New Jersey, but not until the McMath family obtained a death certificate for Jahi from the local coroner.

Since her transfer to New Jersey, Jahi has shown further signs that she is not, in fact, brain-dead.  Her current physician in New Jersey cites hypothalamic activity in Jahi as the latest evidence that Jahi’s brain is functioning in ways that a brain-dead person’s would not.  For example, Jahi entered puberty, which requires brain activity, after being declared brain-dead.  According to the San Francisco Chronicle:

Dr. Alieta Eck, Jahi’s current doctor, has made a declaration in the suit claiming that after months of caring for Jahi, she believes the teen is alive. “While Jahi McMath has suffered a serious, and significant brain injury, and exhibits the presentation of one who has suffered serious brain trauma, and exhibits signs and characteristics of serious brain damage, Jahi McMath is not dead,” Eck stated.  “She exhibits signs of brain function.”  Jahi has entered puberty, developing breasts and underarm hair and starting her period.  Puberty can only happen when the hypothalamus, which is part of the brain, releases hormones.  Jahi’s hypothalamus is still working, Eck said, which means she still has some brain function.

Jahi’s family acknowledges that Jahi is brain-injured and disabled, arguing that she deserves to move back to her home state of California where she can receive insurance and continued medical care.  However, the family’s continued legal fight to have California rescind the death certificate have yielded no success, and without the state’s acknowledgement that Jahi is a living person (which she maintains in New Jersey), Jahi will be ineligible for insurance coverage in California.

“I want her to have the same rights as any other disabled person,” Jahi’s mom told CBS News.  Wesley J. Smith, renowned bioethics expert who has been covering McMath’s plight from the beginning, wrote in the National Review Online: “There must be a complete and open reexamination by prominent physicians not wedded to either the status quo determination or finding that she lives.  The personal, scientific, and legal stakes are just too high for anything less.”