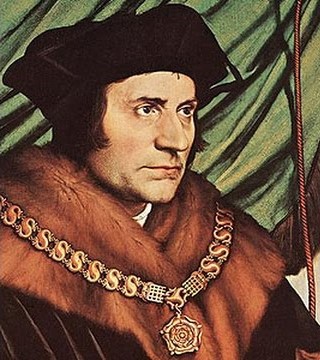 As Jesus Christ, according to the words of St. Paul, is eternal and immutable, “yesterday and today, and the same forever,” so the Church founded by Him is destined never to perish. Generations follow and succeed each other with their perennial vicissitudes. But whereas human institutions give way and disappear before the levelling tide of time, and human sciences, reflecting inconstant light, undergo repeated transformations, the Cross of Christ, reared steadfast above the engulfing billows, never ceases to illumine mankind with the beneficent splendour of Eternal Truth.

From time to time new heresies make their appearance and, under the guise of truth, gain strength and popularity; but the seamless garment of Christ can never be rent in twain. Unbelievers and enemies of the Catholic faith, blinded by presumption, may indeed constantly renew their violent attacks against the Christian name, but in wresting from the bosom of the militant Church those whom they put to death, they become the instruments of their martyrdom and of their heavenly glory. No less beautiful than true are the words of St. Leo the Great: “The religion of Christ, founded on the mystery of the Cross, cannot be destroyed by any sort of cruelty; persecutions do not weaken, they strengthen the Church. The field of the Lord is ever ripening with new harvests, while the grains shaken loose by the tempest take root and are multiplied.”

These thoughts, full of hope and comfort, spring up in Our mind as We, in this majestic Vatican Basilica, are about to proclaim briefly the praises of our two new Saints after having raised them to the honours of the altar. They, the bright champions and the glory of their nation, were given to the Christian people, in the words of the prophet Jeremias, “as a fortified city, and a pillar of iron, and a wall of brass.” Therefore they could not be shaken by the fallacies of heretics, nor frightened by the threats of the powerful. They were, so to speak, the leaders and chieftains of that illustrious band of men who, from all classes of the people and from every part of Great Britain, resisted the new errors with unflinching spirit, and in shedding their blood, testified their loyal devotedness to the Holy See. 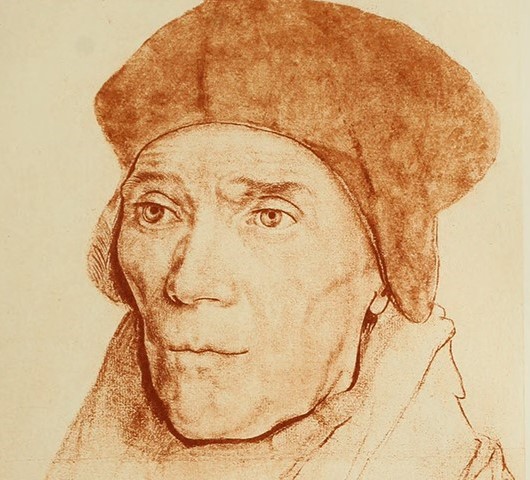 John Fisher, gifted by nature with a most gentle disposition, thoroughly versed in both sacred and profane lore, so distinguished himself among his contemporaries by his wisdom and his virtue that under the patronage of the King of England himself, he was elected Bishop of Rochester. In the fulfillment of this high office so ardent was he in his piety towards God, and in charity towards his neighbour, and so zealous in defending the integrity of Catholic doctrine, that his episcopal residence seemed rather a Church and a University for studies than a private dwelling.

He was wont to afflict his delicate body with fastings, scourges, and hair cloth; nothing was dearer to him than to be able to visit the poor, in order to comfort them in their miseries and to succour them in their needs. When he found someone frightened at the thought of his faults and terrified by chastisements to come, he brought comfort to the erring soul by restoring confidence in God’s mercy. Often when celebrating the Eucharistic Sacrifice, he was seen shedding abundant tears, while his eyes were raised to heaven in an ecstatic expression of love. When he preached to the multitudes of the faithful that crowded round to hear him, he seemed neither a man nor a herald of men, but an angel of God clothed in human flesh.

Nevertheless, whilst he was meek and affable towards the afflicted and the suffering, whenever there was question of defending the integrity of faith and morals, like a second Precursor of the Lord, in whose name he gloried, he was not afraid to proclaim the truth openly, and to defend by every means in his power the divine teachings of the Church. You are well aware, Venerable Brethren and Beloved Sons, of the reason why John Fisher was called in judgment and obliged to undergo the supreme test of martyrdom. It was because of his courageous determination to defend the sacred bond of Christian marriage—a bond indissoluble for all, even for those who wear the royal diadem—and to vindicate the Primacy with which the Roman Pontiffs are invested by divine command.

That is why he was imprisoned and afterwards led to death. Serenely he advanced toward the scaffold and with the words of the Te Deum on his lips, he rendered thanks to God for being granted the grace of having his mortal life crowned with the glory of martyrdom, and he raised up to the Divine Throne a fervent prayer of supplication for himself, for his people and for his King. Thus did he give another clear proof that the Catholic Religion does not weaken, but increases the love of one’s country.

When finally he mounted the scaffold, whilst a ray of sunlight cast a halo of splendour about his venerable grey hairs, he exclaimed with a smile: “Come ye to Him and be enlightened, and your faces shall not be confounded.” (Ps. xxxiii, 6.) Most assuredly the heavenly hosts of angels and saints hastened in joy to meet his holy soul, freed at last from the fetters of the body and winging flight toward eternal joys.

The other star of sanctity that traced a luminous path across that dark period of history was Thomas More, Lord Chancellor of the King of England. Endowed with the keenest of minds and supreme versatility in every kind of knowledge, he enjoyed such esteem and favour among his fellow-citizens that he was soon able to reach the highest grades of public office. But he was no less distinguished for his desire of Christian perfection and his zeal for the salvation of souls. Of this we have testimony in the ardour of his prayer, in the fervour with which he recited, whenever he could, even the Canonical Hours, in the practice of those penances by which he kept his body in subjection, and finally in the numerous and renowned accomplishments of both the spoken and the written word which he achieved for the defence of the Catholic faith and for the safeguarding of Christian morality.

A strong and courageous spirit, like John Fisher, when he saw that the doctrines of the Church were gravely endangered, he knew how to despise resolutely the flattery of human respect, how to resist, in accordance with his duty, the supreme head of the State when there was question of things commanded by God and the Church, and how to renounce with dignity the high office with which he was invested. It was for these motives that he too was imprisoned, nor could the tears of his wife and children make him swerve from the path of truth and virtue.

In that terrible hour of trial he raised his eyes to heaven, and proved himself a bright example of Christian fortitude. Thus it was that he who not many years before had written a work emphasizing the duty of Catholics to defend their faith even at the cost of their lives, was seen to walk cheerful and confident from his prison to death, and thence to take his flight to the joys of eternal beatitude.

It was supremely fitting that these holy martyrs who shed their blood for the Christian faith and for the defence of the sacred rights of the Roman Pontiff should receive, together with the aureole of sanctity, their due glorification here in the very centre of the Catholic world, close to the glorious sepulchre of the Prince of the Apostles, through the instrumentality of Us who are the heir and successor of St. Peter.

And now it only remains for Us to exhort, with paternal heart, all of you who filled with veneration are grouped around Us, as well as those who, wherever they may be, profess themselves Our sons in Christ. We exhort you to imitate with all diligence the great virtues of these holy martyrs, and to implore for yourselves and for the Church militant their powerful protection. If all of us are not called to shed our blood for the defence of the holy laws of God, all none the less, according to the expression of St. Basil, with evangelical abnegation, with Christian mortification of their bodies, with energetic striving after virtue, “must be martyrs of desire, in order to share with the martyrs their celestial reward.”

We desire moreover that with your ardent prayers, invoking the patronage of the new Saints, you ask of the Lord that which is so dear to Our heart, namely that England, in the words of St. Paul, “meditating the happy consummation which crowned the life” of those two martyrs, may “follow them in their faith,” and return to the Father’s house “in the unity of faith and of the knowledge of the Son of God.”

Let those who are still separated from Us consider attentively the ancient glories of their Church which were at once a reflection and an increment of the glories of the Church of Rome. Let them consider, moreover, and remember that this Apostolic See has been waiting for them so long and so anxiously, not as coming to a strange dwelling place, but as finally returning to their paternal home. In conclusion, let us repeat the divine prayer of Our Lord Jesus Christ: “Holy Father, keep them in Thy name whom Thou hast given me; that they may be one as we also are.” Amen.