JOHN STUART MILL GAVE US THE PHRASE: THE TYRANNY OF PUBLIC OPINION. THANK YOU JOHN, YOU WERE PRESCIENT!!! 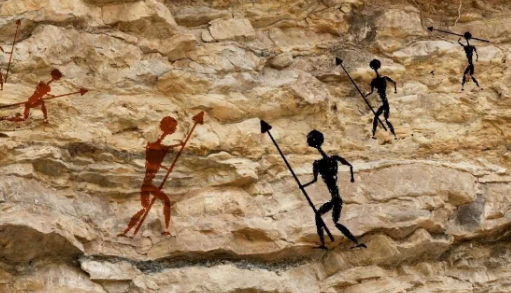 Ivy League Profs vs. ‘The Tyranny of Public Opinion’

A few brave scholars urge students to think for themselves.

At last there’s an encouraging message of intellectual independence—and from the Ivy League of all places. Just in time for school, a hardy band of professors has joined together to commit a flagrant micro-aggression. Scholars from various academic disciplines have signed a declaration urging college students to declare their independence. Specifically, the participating scholars warn about “the vice of conformism” and offer to each student headed off to college advice that is both simple and clear: “Think for yourself.”

Some if not all of the 15 signatories are probably a little bit amazed that their message even needs to be said at institutions supposedly dedicated to learning. But the decline of campus culture means that independent thought can now require of students tremendous effort and even a kind of courage. The professors write:

At many colleges and universities what John Stuart Mill called “the tyranny of public opinion” does more than merely discourage students from dissenting from prevailing views on moral, political, and other types of questions. It leads them to suppose that dominant views are so obviously correct that only a bigot or a crank could question them.

Since no one wants to be, or be thought of as, a bigot or a crank, the easy, lazy way to proceed is simply by falling into line with campus orthodoxies.

Don’t do that. Think for yourself.

Thinking for yourself means questioning dominant ideas even when others insist on their being treated as unquestionable. It means deciding what one believes not by conforming to fashionable opinions, but by taking the trouble to learn and honestly consider the strongest arguments to be advanced on both or all sides of questions—including arguments for positions that others revile and want to stigmatize and against positions others seek to immunize from critical scrutiny.

The letter, signed by professors from Harvard, Princeton and Yale, is published by Princeton’s James Madison Program in American Ideals and Institutions. This seems altogether fitting, given the Princeton grad’s large role in the drafting and ratification of the U.S. Constitution and its First Amendment protection of free speech. This is also bound to set campus radicals in search of a Madison statue to deplore. But perhaps at least a few of them will stop to ponder the nature of the freedom they enjoy to protest. They might also reflect on this week’s message from professors including Princeton’s Robert George:

The central point of a college education is to seek truth and to learn the skills and acquire the virtues necessary to be a lifelong truth-seeker. Open-mindedness, critical thinking, and debate are essential to discovering the truth. Moreover, they are our best antidotes to bigotry.

Merriam-Webster’s first definition of the word “bigot” is a person “who is obstinately or intolerantly devoted to his or her own opinions and prejudices.” The only people who need fear open-minded inquiry and robust debate are the actual bigots, including those on campuses or in the broader society who seek to protect the hegemony of their opinions by claiming that to question those opinions is itself bigotry.

So don’t be tyrannized by public opinion. Don’t get trapped in an echo chamber. Whether you in the end reject or embrace a view, make sure you decide where you stand by critically assessing the arguments for the competing positions.

These views should probably come with a trigger warning on Ivy League campuses, but are likely to be celebrated by parental check-writers from sea to shining sea.