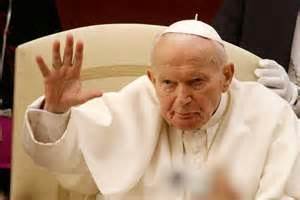 Neither canon lawyers, nor bishops, nor priests, nor laity have standing with regard to the official interpretation of Universi Dominici Gregis.

“Should doubts arise concerning the prescriptions contained in this Constitution, or concerning the manner of putting them into effect, I (Pope John Paul II) decree that all power of issuing a judgment in this regard belongs to the College of Cardinals, to which I grant the faculty of interpreting doubtful or controverted points. I also establish that should it be necessary to discuss these or other similar questions, except the act of election, it suffices that the majority of the Cardinals present should concur in the same opinion.”  [Universi Dominici Gregis, paragraph 5]

That being said, neither paragraph 5, nor anything else in Universi Dominici Gregis limits or espouses interpretation before, during, or after the papal conclave – and we do not know what the cardinals may or may not have discussed inside the conclave.

John Arechiga’s commentary on the Election of Pope Francis Pursuant to Universi Dominici Gregis clearly addresses and quotes paragraph 5 in his section on the Powers of the College of Cardinals during the Vacancy of the Apostolic See.

His interpretation of Universi Dominici Gregis is a personal opinion – to which he is   entitled.  Universi Dominici Gregis is essentially the Church’s “regulation”  that governs the election of the Roman Pontiff.  More importantly, his personal opinion is predicated on more than 30 years of federal service – auditing and investigating compliance with federal civilian and military “regulations”.

It is my personal opinion that Universi Dominici Gregis, paragraph 76, established the criteria (“…or should the conditions laid down here not be observed “) for determining whether the papal election is or was valid; that “laid down here” refers to Universi Dominici Gregis in its entirety; that Chapter 5 (Matters To Be Observed or Avoided in the Election of the Roman Pontiff), paragraphs 78-86, are part of the referenced (“laid down here”) conditions to be observed; and that paragraphs 78-86 include additional penalties for failure to observe or avoid the enunciated conditions.

Skojec and Peters have a myopic personal interpretation of paragraph 76 – consistent with what one would expect of a defense attorney floundering for a defense.

Peters’ commentary (Francis was never pope? Call me unpersuaded.) again reminds John Arechiga of the time he called an old lawyer friend and asked what he was doing. He replied that he was working on “Aqua-thermal treatment of ceramics, aluminum and steel under a constrained environment.” John was impressed. However, upon further inquiry, John learned that his friend was washing dishes with hot water – under his wife’s supervision.