Are Where Peter Is & the Dissenting National Catholic Reporter part of a Francis Power Play to Protect Gay Sex Abusers? 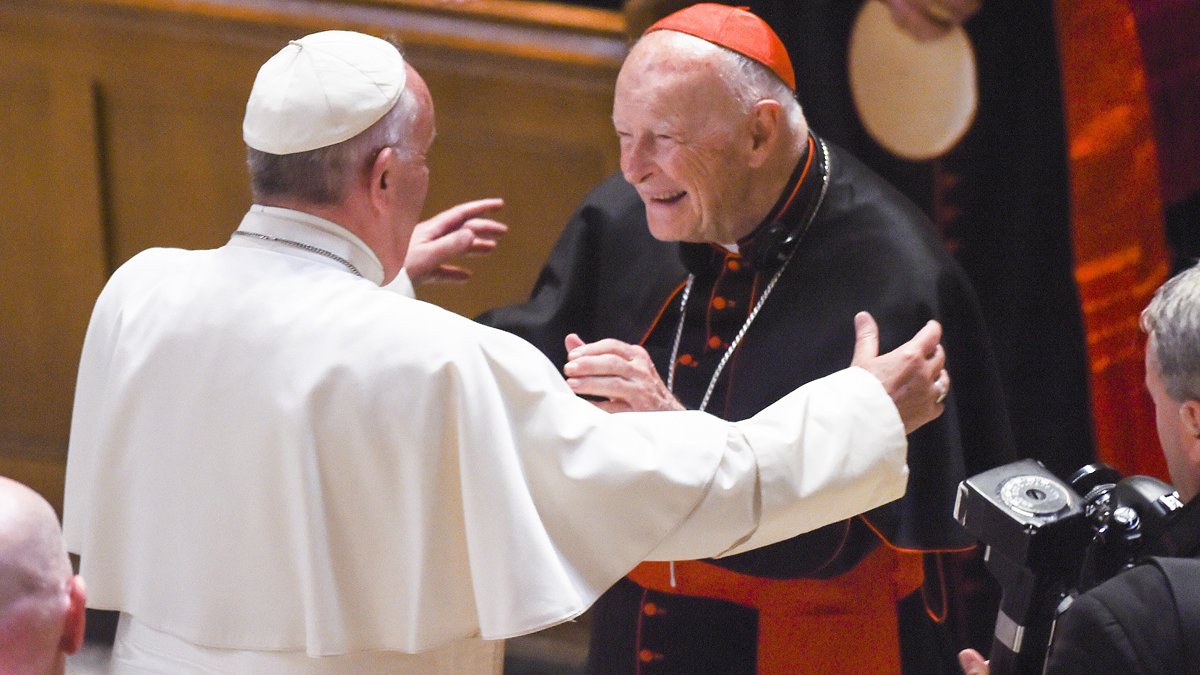 Even the liberal Anne Barrett Doyle, the co-director of the left-leaning Bishops Accountability victims group, said the Vatican’s power play was “truly incredible”:

“What we see here is the Vatican again trying to suppress even modest progress by the U.S. bishops,” she told reporters outside the conference, where her group is holding several events, including a press event where it called for all U.S. bishops to resign en masse. “We’re seeing where the problem lies, which is with the Vatican.”
[https://www.thedailybeast.com/pope-francis-just-pulled-a-power-play-on-american-bishops-at-crucial-conference] – Catholic Monitor

It appears that Francis Catholic media such as Where Peter Is is part of Francis’s power play to protect gay sex abusers:

“[B]laming gay men for this abuse crisis is simply scapegoating. The problem isn’t gay men… The problem, as Pope Francis rightly stated, is ‘the abuse of power’ and ‘clericalism.'”
(Where Peter Is, “The Gay Scapegoat, an Exercise in Unjust Discrimination,” August 22, 2018)

Even the liberal Anne Barrett Doyle, the co-director of the left-leaning Bishops Accountability victims group, said the Vatican’s power play was “truly incredible”:

“What we see here is the Vatican again trying to suppress even modest progress by the U.S. bishops,” she told reporters outside the conference, where her group is holding several events, including a press event where it called for all U.S. bishops to resign en masse. “We’re seeing where the problem lies, which is with the Vatican.”
[https://www.thedailybeast.com/pope-francis-just-pulled-a-power-play-on-american-bishops-at-crucial-conference]

The gay activist Michael Sean Winters writing for the dissenting Francis National Catholic Reporter explained that the Francis’s power play was about protecting the gay sex abusers from “procedures and policies which might help police the crime of sex abuse” and not to “blame the gays” for their sex abuse:

“The pope doesn’t talk in his sleep and they don’t let us listen at the door if he did. But, the obvious place to start finding an answer came in the address delivered by Archbishop Christophe Pierre [who is speaking for Pope Francis], the apostolic nuncio, immediately following the announcement…”

‘… The U.S. bishops’ conference proposals were too narrowly focused on procedures and policies which might help police the crime of sex abuse but they did not get to the root of the problem, the clerical culture that led bishops to think more about their own reputations than about the welfare of children exposed to sexual predators.”

“As I noted this morning, there are two meta-narratives competing to become the overarching frame for the bishops’ response to the sex abuse mess, the “blame the gays” narrative we saw at First Things and on EWTN in recent weeks, or the clerical culture narrative. Pierre clearly applied the latter:”

‘We cry for the injustices perpetrated upon victims of abuse. We vow to fight a clerical culture that tolerates the abuse of authority. When abuse occurs, it is our sin and we must take it as such. These are not the sins of the media or the products of vast conspiracies. These are things we must recognize and fix. Our Holy Father has said it must end, and it must — not simply because he has said it, but because each of us in our hearts know that this is the only right thing to do.’

“He did not ‘blame the gays.’ He did not suggest that a failure to clearly articulate the church’s sexual ethics was the problem. He did not echo the complaints and concerns, still less the technocratic and puritanical solutions, discussed at the conference on “Authentic Reform,” that my colleague Heidi Schlumpf reported on. The problem is “a clerical culture that tolerates the abuse of authority. Punto.”
[https://www.ncronline.org/news/opinion/distinctly-catholic/bishops-meeting-bombshell-vatican-says-no-voting-abuse-crisis]

Francis’s power play in calling homosexual sexual abuse “clericalism” or even pedophilia is a lie unless he is accusing himself of clericalism or pointing his finger at himself.

There has been clericalism in the Church since St. Paul rebuked St. Peter for a type of clericalism, but never has the Church experienced a crisis of the gravity of the present largely gay sex abuse scandal which is being represented as a pedophile crisis.

Attorney and international child rights advocate Liz Yore refuted this misrepresentation of the scandal with facts:

“Largely it’s not a pedophile crisis,” Yore said. “We know from the John Jay report, 81-percent of the victims were males, mostly teens. And we know because our subclass of predators are all male, this is a male-on-male crime, and primarily with teens between the ages of 14 to 17. Those are the victims.”

“The grand jury report also highlighted that,” she said. “Seminarians who are over the age of consent, that they too were victims, nevertheless, they’re crimes, all of them, some federal crimes, some state crimes.”
{https://www.google.com/amp/s/www.lifesitenews.com/mobile/news/sex-abuse-crisis-in-us-catholic-church-is-about-homosexuality-not-pedophili#ampshare=https://www.lifesitenews.com/news/sex-abuse-crisis-in-us-catholic-church-is-about-homosexuality-not-pedophili]

Yore clearly showed that it is not a pedophile crisis, but a homosexual sexual abuse crisis.

But even if is it was a pedophile crisis, Francis’s power play in calling the so-called pedophile scandal “clericalism” is a lie except in the sense that Francis is using the full clerical power of the papacy to protect homosexual pedophile sex abusers.

The clericalism finger is pointing directly at Francis.

In this sense, clericalism is the problem because Francis is abusing his clerical authority to protect gay sex abusers. So if he is going call the sex abuse crisis clericalism then the finger points mainly to Francis and his gay sex abuse protecting inner circle.

That Francis and his appointed Vatican consultant Fr. James Martin are building a bridge to hell using this abuse of clerical authority can clearly be seen when you substitute the word pedophile for gay or LGBT and other gay activist language as quoted from Martin’s WMOF speech in the Catholic Herald:

– “Don’t reduce [pedophile] people to the call to chastity.”

-“The priest said those with [‘pedophilephobic’] pastors, ‘either silently or overtly,’ are ‘out of luck.'”

-“[L]isten to [pedophile] parishioners;. ‘trust that the Holy Spirit will guide them’… rather than ‘simply repeating Church teachings without considering their [pedophile] lived experience.”
(Catholic Herald, August 23, 2017)

The point is there is no reason under the sun not to justify pedophile behavior if one uses Martin and Francis language in justifying gay behavior in the Church.

There is no reason not to justify pedophile crimes using Francis/Martin-speak when one substitutes pedophile for gay:

– That is the “lived experience” of [pedophiles].

– [Pedophile] “discrimination… should be avoided.”

Here is one that even conservative Catholics were using in the earlier part of the McCarrick scandal:

“It is consensual” so it’s not that big a deal and can be taken care of in the confessional.

What Fr. Z said of Martin applies to the Francis Catholic media and in the long run to the pedophilia and gay sex abuse cover ups of the Francis Vatican:

“[T]his is part of a larger, concerted effort to normalize sodomy, which is a sin that ‘cries to heaven’… Martin’s talk is a nightmare of manipulation and misdirection… they use ‘lived experience’ to justify whatever the hell they want.”
(Fr.Z’s Blog, “@JamesMartinSJ talk at #WMOF18,” August 23, 2018)

The Francis/Martin language “is a nightmare of manipulation and misdirection” that is a bridge to hell.