SAINT THOMAS MORE HAD IT RIGHT ABOUT WALES 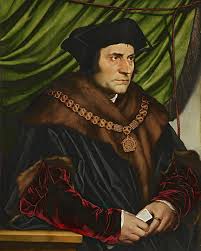 Why Richard, it profits a man nothing to give his soul for the whole world… but for Wales?
.
.
.

The small country of Wales found itself the center of attention this past July when it became the first country in the United Kingdom to adopt a “presumed consent” policy for organ donation. Under this new protocol, explicit consent to be an organ donor is no longer required. All patients are considered organ donors unless they actively opt out of the organ donor pool. The Welsh government hopes this policy will increase the availability of organs for transplant by 20% to 30%. With hundreds of people dying every year as they wait for a transplantable vital organ, such an increase of available organs would certainly be welcome. Yet this policy is cause for concern because it neglects the necessity of informed consent as a critical component for ethical organ donations.

The Catholic Church supports organ donation based on sound moral and ethical principles. In Evangelium Vitae, Pope John Paul II described the donation of human organs for transplant as a praiseworthy, heroic act of generosity when done in an ethically acceptable manner. A key criterion required for ethical organ donation is that the donation is made freely and without coercion. John Paul II further expounded on this in his August 2000, address to the 18th International Congress of the Transplantation Society:

This first point has an immediate consequence of great ethical import: the need for informed consent. The human ‘authenticity’ of such a decisive gesture requires that individuals be properly informed about the processes involved, in order to be in a position to consent or decline in a free and conscientious manner. The consent of relatives has its own ethical validity in the absence of a decision on the part of the donor.

Clearly, the Welsh policy shows a complete disregard for donor consent and demonstrates a lack of respect for both the autonomy and human dignity of the organ donor. The Welsh government is in effect saying to its citizens that they have no inherent claim to their own bodily organs. The expected course of action upon death is that the organs become the property of the state to be used as the state sees fit. No informed consent is necessary. The organs of the deceased are viewed as objects to be utilized for the common good. The organ donor is dehumanized and treated as a mere repository for needed organs.

In addition to requiring informed consent, Pope John Paul II emphasizes that the donor must be able to offer consent in a “free and conscientious manner.” There must be no element of coercion to the donor’s assent. Coercion can be blatant as when organs are bought and sold. The prospect of economic gain puts unfair pressure on the poor to sell their organs to relieve their economic stress. The freedom to reject being an organ donor is limited when such a donation would provide essential sustenance for the donor and his family.

The coercive nature of the new Welsh organ donation program is perhaps less obvious than in a commercial sale of human organs, but present nonetheless. When the state uses its authority to assert that organ donation is the default position and further requires an active response to reject being a donor, it introduces a level of intimidation in favor of organ donation. It is much less appealing to take an action that makes one look less generous and withhold organ donation than to take an action widely viewed as laudable and become an organ donor. This is exactly what the Welsh government is counting on.

The presumed consent policy highlights and stigmatizes those who opt out.

Perhaps the most disturbing aspect of the new Welsh policy is that it blurs the line between providing optimal care to patients and acquiring organs for transplant. Current ethically acceptable procurement protocols mandate that a patient be given all appropriate care until the patient or the patient’s family determines that further medical interventions would impose more burden than benefit. Only after the decision is made to discontinue extraordinary medical care and allow the natural progression to death, the patient is evaluated as a possible organ donor and the issue of organ transplantation broached with the family. This complete separation of medical care and organ acquisition assures that patient care decisions are not influenced by the desire to obtain organs for transplant.

In 2011, the United Network for Organ Sharing (UNOS) proposed new guidelines for organ procurement that flagged patients with various chronic neurological diseases as possible organ donors as soon as they were admitted to the hospital for any reason. There was a great outcry by those who were singled out for this early evaluation to be potential organ donors because they feared their medical care would be compromised. The proposal was quickly withdrawn. The newly established Welsh organ procurement policy takes this idea to a new level and considers all patients as potential organ donors. Medical care is no longer insulated from organ acquisition leaving a patient vulnerable to utilitarian policies and practices. There is nothing to protect patients from a doctor who judges the value of one patient’s life against the lives of those waiting for his lungs, heart, liver and kidneys and making medical decisions accordingly.

While Wales is the first country in the United Kingdom to move to presumed consent, numerous countries in Europe and Asia have already adopted presumed consent policies. They include Austria, Belgium, Bulgaria, Croatia, Cyprus, Czech Republic, Estonia, Finland, France, Greece, Hungary, Israel, Italy, Latvia, Luxemburg, Norway, Poland, Portugal, Slovak Republic, Slovenia, Spain, Sweden and Turkey.  Researchers at Johns Hopkins evaluated the results of presumed consent on organ availability. Lead investigator Dr. Dorry Segev found that having presumed consent laws on the books had no significant effect on the supply of organs for transplantation. In spite of little documented improvement in transplant rates, the British Medical Association has expressed support for the Welsh presumed consent legislation and hopes that it will prompt the rest of the United Kingdom to follow suit. There is also a similar movement in the United States to promote presumed consent.

The advocates of presumed consent point to the thousands of patients around the world who die while waiting for a transplant as justification for the presumed consent strategy of organ procurement. Yet it is a terrible mistake to seek to increase the supply of transplantable organs by compromising ethical principles.  The noble end of saving lives cannot be used to justify a means that treats human organs as commodities that can be appropriated by the state or that dehumanizes organ donors by disregarding their autonomy and dignity.

Denise Hunnell, MD, is a Fellow of HLI America, an educational initiative of Human Life International. She writes for HLI America’s Truth and Charity Forum.

4 Responses to SAINT THOMAS MORE HAD IT RIGHT ABOUT WALES