AMERICA BEWARE: DO NOT ELECT A MENTALLY UNSTABLE PERSON 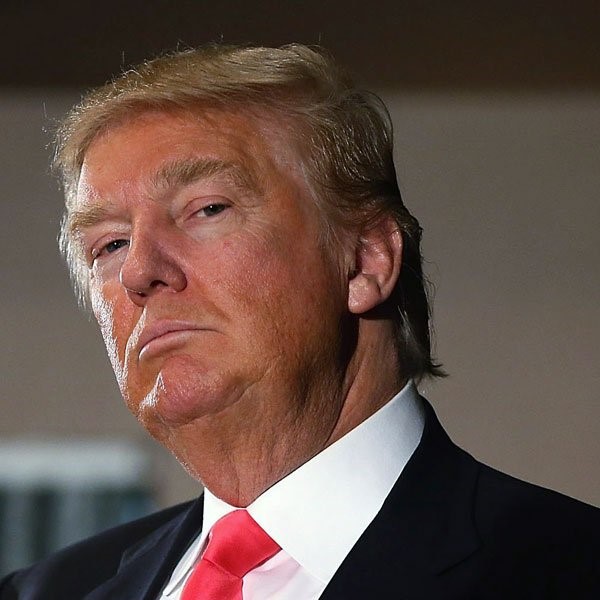 Trump Is Simply Not Well

America has had nearly a year to observe Donald Trump in action. Much of what he has said and done has caused an increasing number of people to question whether Trump is stable enough to be president of the United States. His abusive language, his obsessive behavior, his constant exaltation of self, his inability to admit mistakes, and his incessant talk about hyper-inflated achievements, have left many wondering: “What is wrong with this man?”

The answer is not complicated. Simply put, Trump seems psychologically not well. One of the most salient problems with Trump’s psychological make-up is, I submit, that Trump suffers from clinical narcissistic personality disorder.

“… superficial sense of perfection and behavior that shows a need for constant admiration.”

The Diagnostic and Statistical Manual of Mental Disorders (DSM-5) published by the American Psychiatric Association lists the criteria that help diagnose the disorder:

1. Having an exaggerated sense of self-importance

2. Expecting to be recognized as superior even without achievements that warrant it

3. Exaggerating your achievements and talents

4. Being preoccupied with fantasies about success, power, brilliance, and the beauty of the perfect mate

5. Believing that you are superior and can only be understood by or associate with equally special people

7. Having a sense of entitlement

8. Expecting special favors and unquestioning compliance with your expectations

9. Taking advantage of others to get what you want

10. Having an inability or unwillingness to recognize the needs and feelings of others

12. Behaving in an arrogant or haughty manner

Mayo Clinic’s analysis of the disorder also explains Trump’s appeal to members of the electorate and why it is a problem: “Although some features of narcissistic personality disorder may seem like confidence, it’s not the same. Narcissistic personality disorder crosses the border of healthy confidence into thinking so highly of yourself that you put yourself on a pedestal and value yourself more than you value others.”

It would take another article to even sample the innumerable examples where Trump fits the profile of an individual afflicted with clinical narcissistic personality disorder. But most can fill in the blanks easily. This problem is evident in his statements and in his books, years before he ever thought of running for president.

In fact, the symptoms of clinical narcissistic personality disorder are actually a most accurate description of Trump and his erratic and astonishing behavior. As he wins and acquires more power, his problem is getting worse and becoming more evident to more and more people.

We see Trump obsessing about the size of his hands, his unbelievable and exaggerating boasting about himself and his constant exaggeration about his achievements, his incessant attack on people who Trump believes do not admire and adulate him, his constant inability to recognize his faults or repent, and his incredible lack of empathy for other human beings. Trump suffers from a distorted perception of reality regarding himself. Trump sounds authentic because that is precisely an effect of the clinical narcissistic personality disorder. Precisely because they are not psychologically well, individuals who suffer from clinical narcissistic personality disorder really believe their distorted projection of themselves.

There is no need for pundits on cable news to dissect for hours the meaning of his contradictory statements, the superficial grasp of the issues, the constant instability in his views or the incessant conflict he creates. The man doesn’t seem well and if you see it from that point of view it is a sad display and somewhat grotesque situation that so many people seem to take him so seriously. There is no great mystery to Donald Trump, he seems to be a typical case of clinical narcissistic disorder.

This may be unprecedented but it is a real issue in fact in my view it is the most important issue regarding Trump and his aspirations. Developmental psychologist Howard Gardner (Harvard professor) described Trump as, “ Remarkably narcissistic.” Ben Michaelis a clinical psychologist described Trump as “ Textbook narcissistic personality disorder.” George Simon another clinical psychologist stated, “ He is so classic that I’m archiving video clips of him to use in workshops…”

The Electoral College and its delegates in my view would not be doing a disfavor to democracy by electing someone other than Trump. In fact, the electoral delegates may serve as a safety mechanism of checks and balances when something like this takes place. I believe it is the duty of those still responsible for these decisions to see that Trump is in reality “mentally incompetent,” for the office that he seeks.

You do not give the strongest military in the world, police powers, and the highest office in the planet to someone who seems so afflicted. The last thing a person in all likelihood suffering with such a disorder needs to be given is more power and authority to indulge in his fantastic perception of self. Trump to me is not funny or entertaining; his condition on display for all to see is sad and pathetic. Once you realize that Trump in all likelihood is sick, then you have in my view the interpretative key to understand Trump. I believe this is the proper light to see how all his erratic behavior makes sense.

The issue on Trump is not his immigration policy and the wall, trade, or making deals. The reality that underlies the “we have never seen anything like this…” nature of the Trump phenomenon is that Donald Trump is “non compos mentis” (not of sound mind). Trump needs help, not the Oval Office.

I have defended Trump in the past publicly on his immigration policy, so do not imagine that I am an open borders advocate, or soft on terrorism, and the rest. I seriously pose the problem of Trump’s mental health so you may observe more carefully. The evidence of the matter has been on display daily for all to recognize.

I lay out the symptoms so you may make your own judgment. Review Trump’s behavior. Talk to psychologists. You will probably reach the same conclusion. I am aware that psychologists cannot say much given that Trump is not their patient but they should voice their opinion. My consultation on this matter produced a relatively easy judgment: Donald Trump is simply not well.

Marcel Guarnizo is a priest, a philosopher and a theologian. He is the founder of the Educational Initiative for Central and Eastern Europe, and a member of the Mont Pelerin Society (Switzerland). He is a frequent commentator on public affairs dealing with philosophy, economics, ethics and theology.

1 Response to AMERICA BEWARE: DO NOT ELECT A MENTALLY UNSTABLE PERSON