Nothing gets the Vatican Press Office stirred up more than the Fatima message. 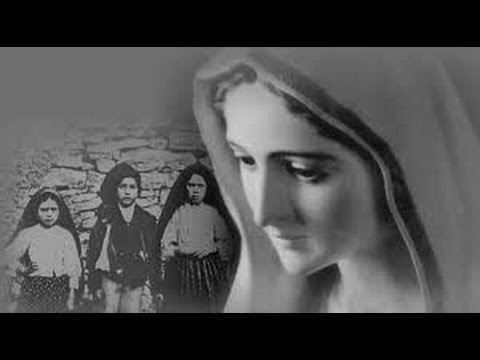 On the Fatima Story: Response of Vatican Press Office
The link above is a follow up to the original story after the Vatican Press Office denied it. But why should we believe what comes out of the spin center at the Vatican? Fr. Thomas Rosica, English-speaking Vatican P.R. aide, has a distinctive m.o.: to attack (and even sue) writers and bloggers who express concern about the scandals emanating from the Vatican on an almost daily basis. His latest shotgun blast was so over the top he seemed to be foaming at the mouth:

“Often times the obsessed, scrupulous, self-appointed, nostalgia-hankering virtual guardians of faith or of liturgical practices are very disturbed, broken and angry individuals, who never found a platform or pulpit in real life and so resort to the Internet and become trolling pontiffs and holy executioners!

“In reality they are deeply troubled, sad and angry people….We must pray for them, for their healing and conversion!”

Wow! Take that you rigid pharisees who only care about unborn babies!

When this first came out my friends and I were joking about it because we assume we are among those being called “deeply troubled, sad and angry people.” This name-calling is the same strategy used by pro-aborts and homosexuals. It’s called “jamming.” You slam your critics instead of addressing their concerns.

That’s exactly what is happening with the latest revelations about Fatima. It is becoming crystal clear that the Vatican has stonewalled for decades. As more evidence comes out, people continue to talk about it and write about it. Why? Because Mary’s message to the three little shepherd children represents one of the most important events of the 20th century that still impacts us today. The Blessed Mother doesn’t come down from heaven for nothing and make a miracle witnessed by 70,000 people and reported around the world. But those who express skepticism that all has been revealed must be discredited, even a personal friend of Pope Emeritus Benedict.

Frankly, after studying these articles I think it’s obvious that the Vatican Press Office “doth protest too much.” Their story is unraveling. I stand with the folks at 1 Peter 5 when they say, “The filtered words of the Vatican Press office do not suffice” to discredit Maike Hickson’s conversation with Fr. Ingo Dollinger.