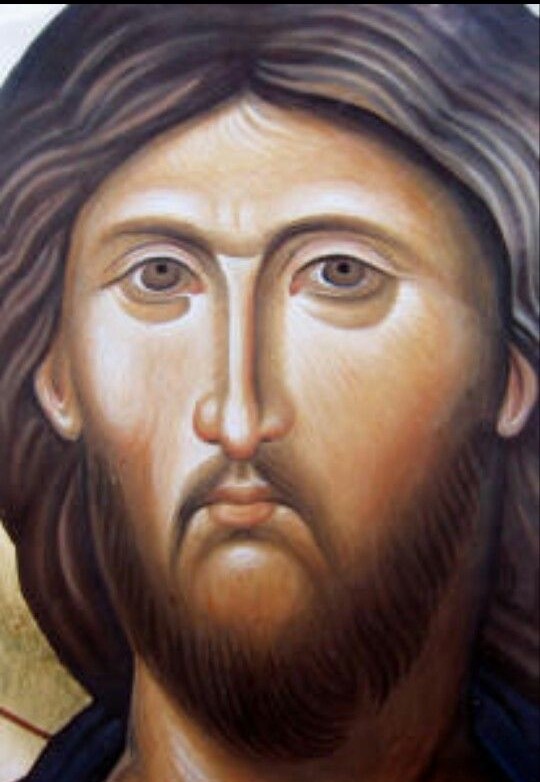 God of everlasting mercy,
who in the very recurrence of the paschal feast (1) kindle the faith of the people you have made your own, (2) increase, we pray, the grace you have bestowed,
that (3) all may grasp and rightly understand
(4) in what font they have been washed,
(5) by whose Spirit they have been reborn,
(6) by whose Blood they have been redeemed.
Through our Lord Jesus Christ, your Son,
who lives and reigns with you and
the Holy Spirit, one God,
forever and ever.
Amen !!!

That prayer, the opening prayer of today’s celebration of the Holy Sacrifice of the Mass, is one of the most perfect Collects in the entire missal of the Church. That Collect truly “collects” in one prayer what our Mass today is all about.

The petitions expressed in the prayer cover the Preaching of the Good News, the Last Supper, the Passion, the Crucifixion and Death, and the Resurrection of Our Lord Jesus Christ. They sum up what our journey through the forty days of lent were all about.

That is what the Sacred Liturgy is all about: expressing and realizing the essential elements of the Catholic Faith.

Here is the metaphysical definition of Liturgy:

The sacred Liturgy is the complexus of sacred signs instituted by Jesus Christ or his Church which both signify and confer sanctifying grace.

The Second Vatican Council in one of its most important declarations said:
… the liturgy is the summit toward which the activity of the Church is directed; at the same time it is the font from which all her power flows. For the aim and object of apostolic works is that all who are made sons of God by faith and baptism should come together to praise God in the midst of His Church, to take part in the sacrifice, and to eat the Lord’s supper. (Sacrosanctum Concilium, No. 10)

Let me illustrate this important truth by recounting one of the most important experiences of my life.

I began my studies in Architectural Engineering at Rice University in 1942 one year after I graduated from Central High School in Texas City, Texas.

As happens at many colleges and universities, I soon encountered the hostility of professors who were either agnostics or perhaps even atheists. Somehow they came to learn that I was a Catholic.

I was then indirectly subjected to a lot of ridicule of the Catholic faith. At nineteen years of age I was not experienced enough in defending my faith and, along with all of the other pressures of college life, especially the pressures of college social life, I began to drift away from the practice of my faith.

In 1943 I was called to active duty with the United States Army Air Corps Reserve (the United States Air Force did not come into existence until 1946, after the Second World War). With the erosion of my faith that had started at Rice combined with the difficulties of going to Mass in the armed services, I stopped going to Mass.

In April, 1944 I was temporarily assigned to Kearns Air Force Base near Salt Lake City, Utah, awaiting reassignment to the aerial gunnery school at Kingman Air Force Base in Arizona.

On Sunday morning, April 9, I woke up and realized that that day was Easter Sunday.
Even though I had not been to Mass in over a year I suddenly felt an irresistible desire to go to Mass and to do so in Salt Lake City, which was just half an hour away.
So I obtained a pass, caught a bus and got off in the middle of Salt Lake City, the home of the Church of the Latter Day Saints, the Mormons, and started looking for a Catholic Church.

I had only walked a few blocks when I came upon the Catholic Cathedral of the Madeleine. I entered and after genuflecting I took a seat in the last pew in the back of the cathedral.

Soon the cathedral filled up and much to my surprise a Bishop processed up the main aisle and began celebrating the Mass for Easter Sunday.

The Liturgy was, of course, in 1944, the Latin liturgy of the missal of the Council of Trent.
That missal was not changed until 1962 (which is the missal I am using for this Mass).

The Bishop was Bishop Duane Hunt, Bishop of the Diocese of Salt Lake City. He preached a moving and thought-provoking homily and I hung on to his every word.

I did not know it at the time, but the choir of the Cathedral of the Madeleine was world famous and the music of that day’s Mass made a profound impression on me.

Years later I read what Pope Benedict XVI wrote in his book The Spirit of the Liturgy.

“The importance of music in biblical religion is shown very simply by the fact that the verb ‘to sing’ (with related words such as ‘song’, and so forth) is one of the most commonly used words in the Bible. It occurs 309 times in the Old Testament and 36 in the New. When man comes into
contact with God, mere speech is not enough. Areas of his existence are awakened that spontaneously turn into song. Indeed, man’s own being is insufficient for what he has to express, and so he invites the whole of creation to become a song with him”

The Liturgy I experienced in the Cathedral of the Madeleine on that Easter Sunday had all the essential elements for a truly great Liturgy: a good celebrant, a great homilist, great music, and a great ambience/ambiente. Consequently I was moved by the experience like I had never been moved by the Liturgy before.

I realized what a fool I had been. I was the proverbial prodigal son who had returned to his father’s house to a welcome that reduced him to tears. And I was reduced to tears. I stayed in the Cathedral for about an hour after the Mass had ended reflecting on my life during the past eighteen months.

Again, here are the essential elements of a great celebration of the Liturgy:

In that Easter Liturgy God kindled anew that faith that had previously been strong but had grown weak (1).

There is no doubt in my mind that that Easter Liturgy renewed in me and gave me a great increase in the grace God had previously bestowed on me (2).

With that infusion of actual grace I clearly grasped and rightly understood (3) that like those who had just been washed in the waters of the baptismal font at the Easter Vigil the night before and were now
celebrating their rebirth (4) I also had experienced a rebirth through grace that
renewed in me my own baptism and that now my relationship with the Holy Spirit was made secure (5) through the Passion, Death and blood of my Lord Jesus Christ.

Such is the power of the Liturgy of the Eucharist in which the whole meaning of the Passion, Death and Resurrection of Jesus Christ is made clear to those who enter into the celebration of the Eucharist with total commitment of body and soul.

Almighty God,
Eternal Father,
grant that through our participation in Holy Sacrifice of the Mass today you will
(1) kindle the faith in us, the people you have made your own, (2) and increase the grace you have bestowed on us, so
that (3) we may grasp and rightly understand
(4) in what font we have been washed,
(5) by whose Spirit we have been reborn, and
(6) by whose Blood we have been redeemed.
We ask this through our Lord Jesus Christ, your Son,
who lives and reigns with you and
the Holy Spirit, one God,
forever and ever. Amen !!!