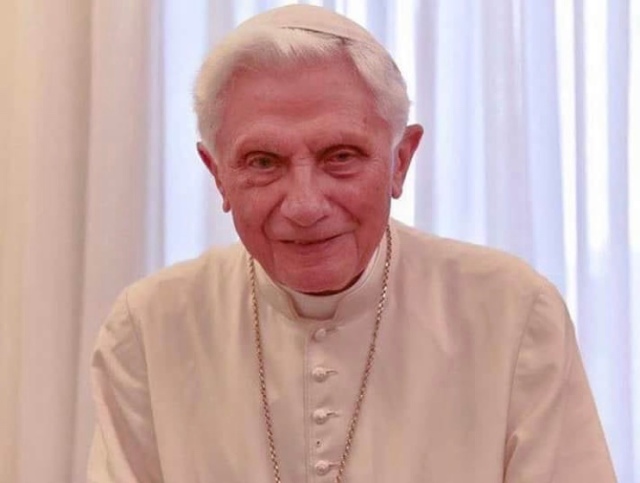 We may never know why he resigned.  I personally believe that the San Gallo Conspirators who did everything they could to prevent him from being elected in the Conclave of 2005, and failed, succeeded in 2013 in threatening the Church with such a financial disaster that Benedict, out of love for the Church and on those countless men and women around the world who depend on the Church for their very sustenance and living, sacrificed himself and resigned the exercise of the power of jurisdiction (governing) that belongs to whoever occupies the Chair of Peter, but not the power of orders.  Jorge Maria Bergolio, who was elected to succeed Benedict to the Chair of Peter in 2013 has chosen, rightly or wrongly, to exercise ALL of the powers of the papacy with the resulting chaos that we are now experiencing.

If Archbishop Ganswein was correct in saying in his speech in the Gregorianum that the Church now has a “shared papacy”, and I believe that he could only have said it if, as the personal secretary of Benedict XVI he knew that Benedict had received a sign from the Lord that what he contemplated doing was acceptable to the Lord, then Jorge Maria Bergolio has usurped powers he was not given.

One has only to look upon this photo of Pope Benedict XVI to see how much he has aged physically since the election of 2013.  My heart aches for him.  I can only begin to imagine the suffering he has experienced and continues to experience as he asks the Lord over and over again, “Did I do the right thing?”

Regardless of your own opinion, pray for him!  Joseph Ratzinger was/is a great priest, Archbishop, Cardinal, and Pope.  Pray for him! Today, January 25, 2018, I celebrated Mass in my private chapel in Honor of the Conversion of Sant Paul, my confirmation Saint.   On this day, his feast day, forty-six years ago I was ordained/consecrated a bishop in Saint Mary Cathedral in Miami by Cardinal John Dearden, with Archbishop Coleman F. Carroll and Bishop Paul Tanner as co-consecrators.  I prayed especially in this Mass for Pope Benedict XVI.