WHERE DO WE GO FROM HERE, NOW THAT THE PRELATES WHO SPOKE AT THE ROME SYMPOSIUM OF 07 APRIL 18 HAVE CALLED FOR ACTION? 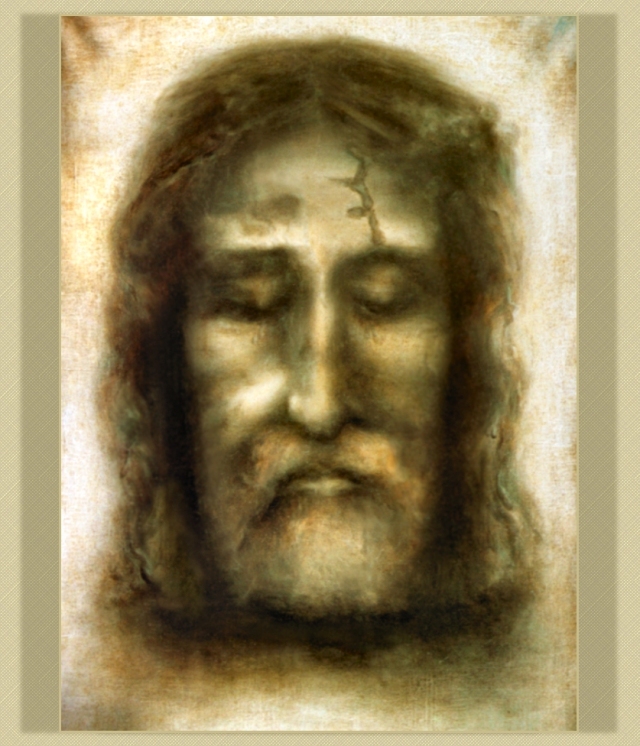 Recently many educated Catholic observers, including bishops and priests, have decried the confusion in doctrinal statements about faith or morals made from the Apostolic See at Rome and by the putative Bishop of Rome, Pope Francis.  Some devout, faithful and thoughtful Catholics have even suggested that he be set aside as a heretic, a dangerous purveyor of error, as recently mentioned in a number of reports.

Claiming heresy on the part of a man who is a supposed Pope, charging material error in statements about faith or morals by a putative Roman Pontiff, suggests and presents an intervening prior question about his authenticity in that August office of Successor of Peter as Chief of The Apostles, i.e., was this man the subject of a valid election by an authentic Conclave of The Holy Roman Church?  This is so because each Successor of Saint Peter enjoys the Gift of Infallibility.

So, before one even begins to talk about excommunicating such a prelate, one must logically examine whether this person exhibits the uniformly good and safe fruit of Infallibility.  If he seems repeatedly to engage in material error, that first raises the question of the validity of his election because one expects an authentically-elected Roman Pontiff miraculously and uniformly to be entirely incapable of stating error in matters of faith or morals.  So to what do we look to discern the invalidity of such an election?  His Holiness, Pope John Paul II, within His massive legacy to the Church and to the World, left us with the answer to this question.

His Apostolic Constitution (Universi Dominici Gregis) which governed the supposed Conclave in March 2013 contains quite clear and specific language about the invalidating effect of departures from its norms.  For example, Paragraph 76 states:  “Should the election take place in a way other than that prescribed in the present Constitution, or should the conditions laid down here not be observed, the election is for this very reason null and void, without any need for a declaration on the matter; consequently, it confers no right on the one elected.”  From this, many believe that there is probable cause to believe that Monsignor Jorge Mario Bergoglio was never validly elected as the Bishop of Rome and Successor of Saint Peter—he never rightly took over the office of Supreme Pontiff of the Holy Roman Catholic Church and therefore he does not enjoy the charism of Infallibility.

What makes this understanding of Universi Dominici Gregis particularly cogent and plausible is the clear Promulgation Clause at the end of this Apostolic Constitution and its usage of the word “scienter” (“knowingly”).  Universi Dominici Gregis thus concludes definitively with these words:  “.   .   .   knowingly or unknowingly, in any way contrary to this Constitution.”  (“.   .   .   scienter vel inscienter contra hanc Constitutionem fuerint excogitata.”)  [Note that His Holiness, Pope Paul VI, had a somewhat similar promulgation clause at the end of his corresponding, now abrogated, Apostolic Constitution, Romano Pontifici Eligendo, but his does not use “scienter”, but rather uses “sciens” instead.  This similar term of sciens in the earlier abrogated Constitution has an entirely different legal significance than scienter.]

This word, “scienter”, is a legal term of art in Roman law, and in canon law, and in Anglo-American common law, and in each system, scienter has substantially the same meaning, i.e., “guilty knowledge” or willfully knowing, i.e., criminal intent.  Thus, it clearly appears that Pope John Paul II anticipated criminal activity in the nature of a sacrilege against a process which He intended to be purely pious, private, sacramental, secret and deeply spiritual in its nature. This contextual reality reinforced in the Promulgation Clause, combined with:  (1) the tenor of the whole document; (2) some other provisions of the document, e.g., Paragraph 76; (3) general provisions of canon law relating to interpretation, e.g., Canons 10 & 17; and, (4) the obvious manifest intention of the Legislator, His Holiness, Pope John Paul II, tends to establish beyond a reasonable doubt the legal conclusion that Monsignor Bergoglio was never validly elected Roman Pontiff.  This is so because:

1.  Communication of any kind with the outside world, e.g., communication did occur between the inside of the Sistine Chapel and anyone outside, including a television audience, before, during or even immediately after the Conclave;

2.   Any political commitment to “a candidate” and any “course of action” planned for The Church or a future pontificate, such as the extensive decade-long “pastoral” plans conceived by the Sankt Gallen hierarchs; and,

3.  Any departure from the required procedures of the conclave voting process as prescribed and known by a cardinal to have occurred, was made an invalidating act, and if scienter (guilty knowledge) was present, also a crime on the part of any cardinal or other actor, but, whether criminal or not, any such act or conduct violating the norms operated absolutely, definitively and entirely against the validity of all of the supposed Conclave proceedings.

This Apostolic Constitution, Universi Dominici Gregis, which was clearly applicable to the acts and conduct of the College of Cardinals in March 2013, is manifestly and obviously among those “invalidating” laws “which expressly establish that an act is null or that a person is effected” as stated in Canon 10 of the 1983 Code of Canon Law.  And, there is nothing remotely “doubtful or obscure” (Canon 17) about this Apostolic Constitution as clearly promulgated by Pope John Paul II.  The tenor of the whole document expressly establishes that the issue of invalidity was always at stake.  This Apostolic Constitution conclusively establishes, through its Promulgation Clause [which makes “anything done (i.e., any act or conduct) by any person  .   .   .   in any way contrary to this Constitution,”]  the invalidity of the entire supposed Conclave, rendering it “completely null and void”.

So, what happens if a group of Cardinals who undoubtedly did not participate in any acts of disobedience against Universi Dominici Gregis were to meet, confer and declare that, pursuant to Universi Dominici Gregis, Monsignor Bergoglio is most certainly not a valid Roman Pontiff.  Like any action on this matter, including the initial finding of invalidity, that would be left to the valid members of the college of cardinals.  They could declare the Chair of Peter vacant and proceed to a new and proper conclave.  They could meet with His Holiness, Benedict XVI, and discern whether His resignation and retirement was made under duress, or based on some mistake or fraud, or otherwise not done in a legally effective manner, which could invalidate that resignation.  Given the demeanor of His Holiness, Benedict XVI, and the tenor of His few public statements since his departure from the Chair of Peter, this recognition of validity in Benedict XVI seems unlikely.

In fact, even before a righteous group of good and authentic cardinals can decide on the validity of the March 2013 supposed conclave, they must face what may be an even more complicated discernment and decide which men are most likely not valid cardinals.  If a man was made a cardinal by the supposed Pope who is, in fact, not a Pope (but merely Monsignor Bergoglio), no such man is in reality a true member of the College of Cardinals.  In addition, those men appointed by Pope John Paul II or by Pope Benedict XVI as cardinals, but who were latae sententiae excommunicated because of illegal acts or conduct causing the invalidation of the last attempted conclave, would no longer have voting rights in the College of Cardinals either.  The actual valid members in the College of Cardinals may be quite smaller in number than those on the current official Vatican list of supposed cardinals.

In any event, the entire problem is above the level of anyone else in Holy Mother Church who is below the rank of Cardinal.  So, we must pray that The Divine Will of The Most Holy Trinity, through the intercession of Our Lady as Mediatrix of All Graces and Saint Michael, Prince of Mercy, very soon rectifies the confusion in Holy Mother Church through action by those valid Cardinals who still comprise an authentic College of Electors.  Only certainly valid Cardinals can address the open and notorious evidence which points to the probable invalidity of the last supposed conclave and only those cardinals can definitively answer the questions posed here.  May only the good Cardinals unite and if they recognize an ongoing Interregnum, albeit dormant, may they end this Interregnum by activating perfectly a functioning Interregnum government of The Holy See and a renewed process for a true Conclave, one which is purely pious, private, sacramental, secret and deeply spiritual.  If we do not have a real Pontiff, then may the good Cardinals, doing their appointed work “in view of the sacredness of the act of election”  “accept the interior movements of the Holy Spirit” and provide Holy Mother Church with a real Vicar of Christ as the Successor of Saint Peter.

19 Responses to WHERE DO WE GO FROM HERE, NOW THAT THE PRELATES WHO SPOKE AT THE ROME SYMPOSIUM OF 07 APRIL 18 HAVE CALLED FOR ACTION?