THE FISH ROTS FROM THE HEAD DOWN 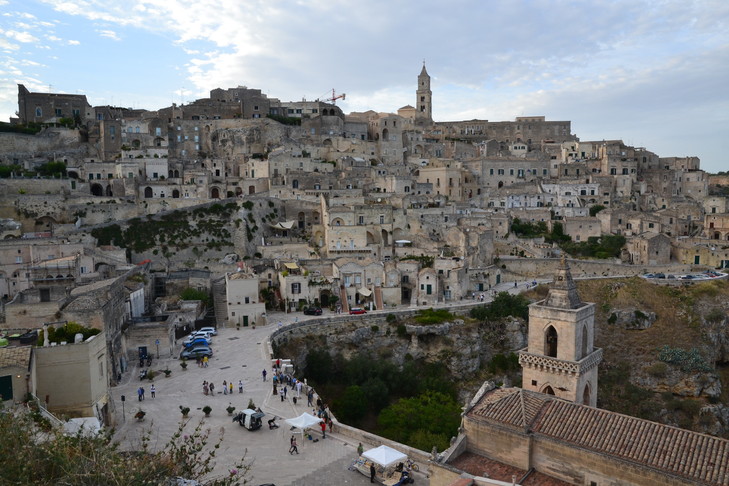 Monsignor Pietro Amenta is a prelate auditor of the Court of the Roman Rota, the highest court of the Church in matrimonial matters.  He was sentenced on Thursday, February 15 by a judge in Rome for possession of images of child pornography, reports the daily Il Messaggero .

Having chosen to plead guilty, Monsignor Pietro Amenta, 55, of the diocese of Matera (southern Italy), received a suspended sentence of 14 months in prison.

According to the Roman daily, the affair broke out one evening in March after an altercation, when an 18-year-old Romanian boy accused a man of groping him while he was in a market.

Known to the police

To explain his ambiguous gestures, the man, who turned out to be a priest, first argued that there was not much room between the stalls, and that was the reason for the physical contact.  He fled, pursued by the young man.

Both were then caught by an off-duty municipal officer, before the arrival of a carabineros car.  On being questioned by the officers the young man complained that he had twice been groped by the priest. 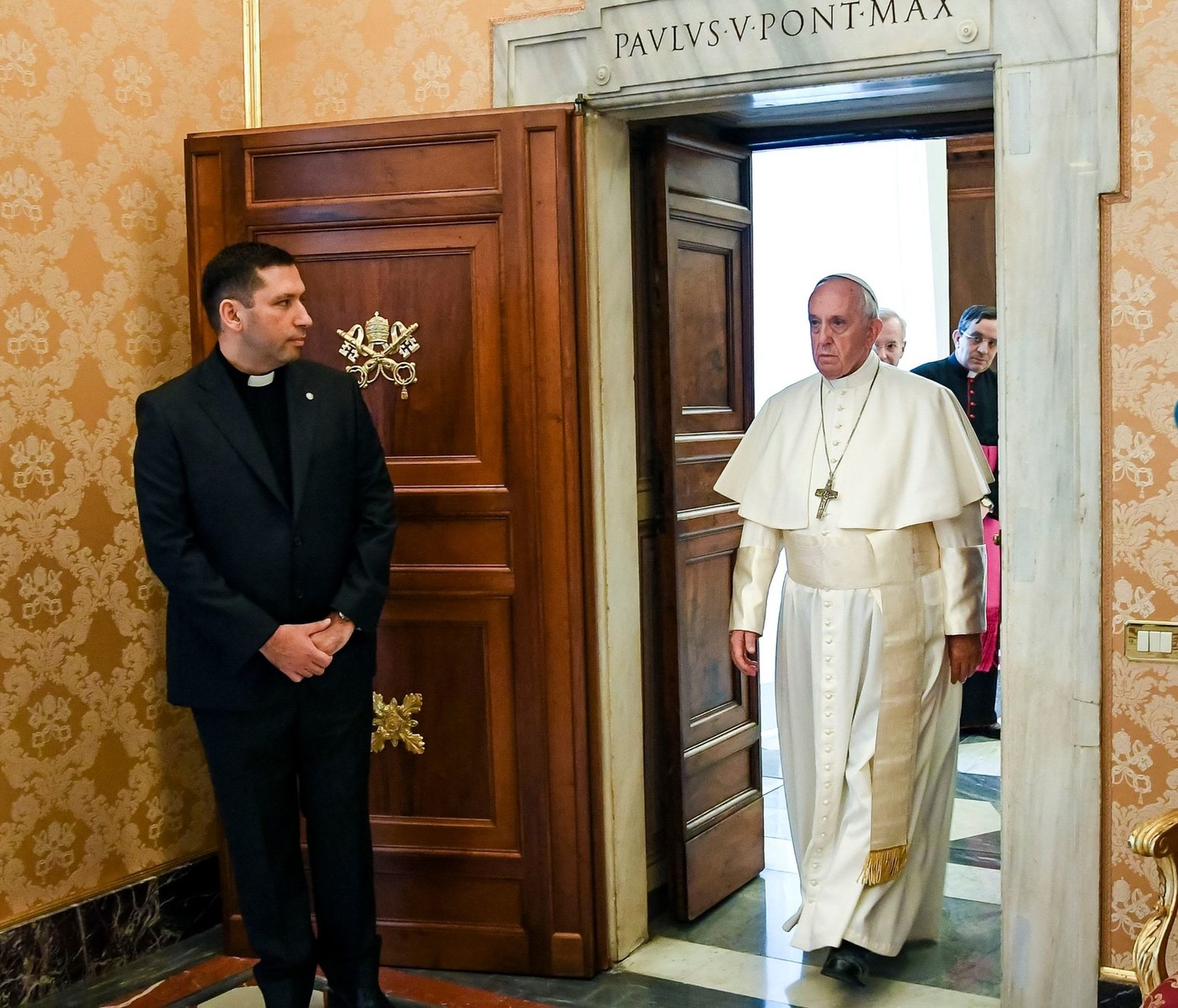 During the carabineros’ inquiries, it became clear that the young Romanian had no police record and was not known to the Italian police, while the monsignor, a prelate auditor at La Rote since 2012, had already been the subject of a complaint for obscene acts in 1991 and, in 2004, for sexual harassment. In 2013, he had also filed a complaint after being robbed by two transsexuals.

Investigations at the Vatican

During a search of his home, the carabinieri then found on his computer 80 pornographic photos with minors in the foreground.  He denied having downloaded them, but then he then chose to make a deal with Italian justice officials.

Since the case concerned the Italian justice system, the promoter of justice of the State of the Vatican City had no comment but revealed in early February that his staff was currently investigating two cases of pedophilia involving people working for the Vatican. 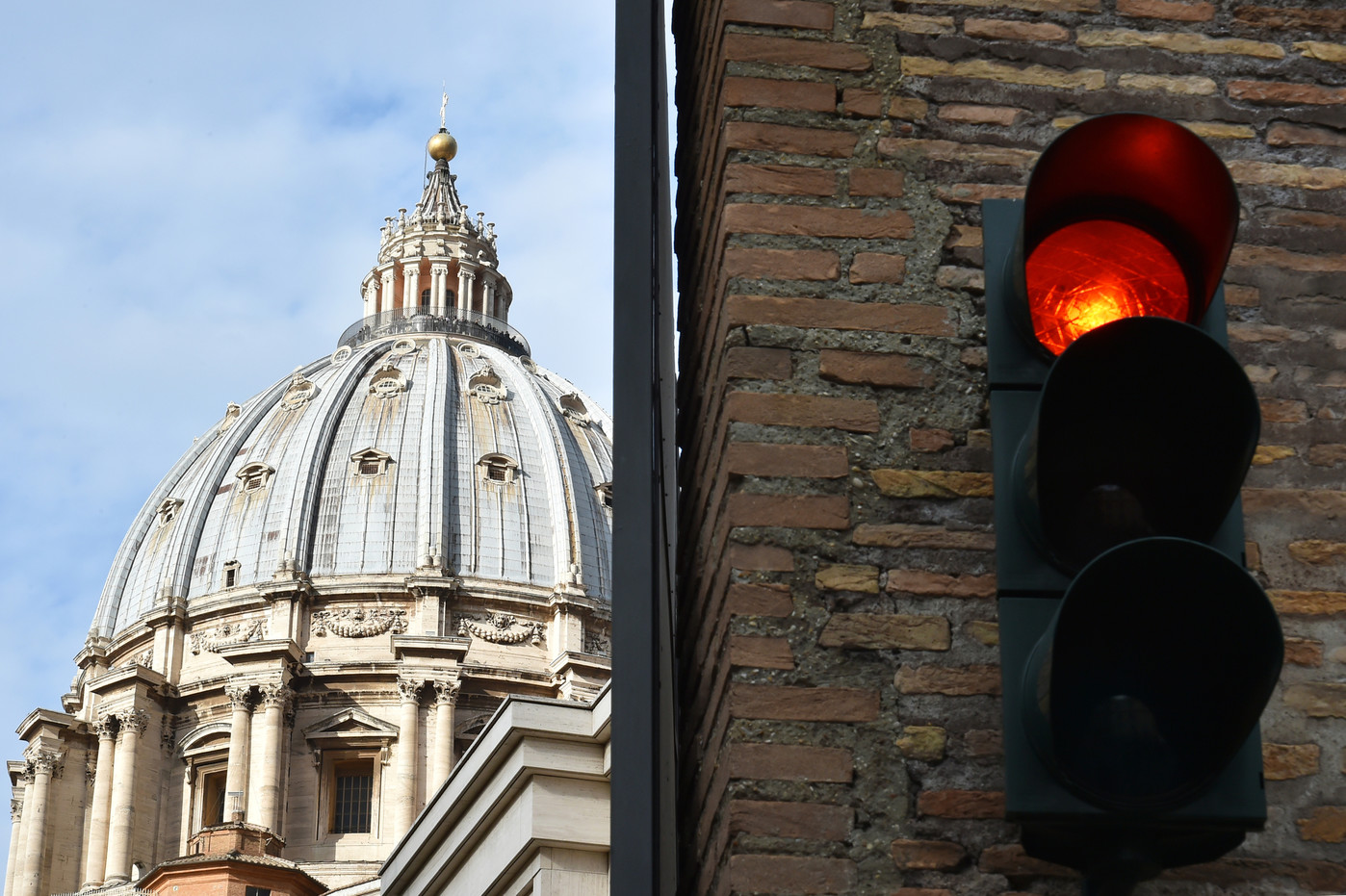 The Vatican investigates two money laundering cases.  So far, only one case was known: that of a priest of the nunciature in Washington targeted by an investigation for possession of child pornography.

“The investigations initiated are at the preliminary stage and are carried out conscientiously, with the most absolute secrecy, out of respect for all the persons concerned”, assured the prosecutor Gian Piero Milano, expressing the “determination” of the Vatican justice in the material.

Pope Benedict meets in 2012 with the officials and staff of the ROMAN ROTA, The Church’s highest Court deciding matrimonial cases referred to it by dioceses around the world.
{ The case of Monsignor Pietro Amenta is only the latest in the long series of cases which reveal the presence of homosexual men occupying offices throughout the Curia of the Church in Rome.  What is so disturbing about this reality is that there is also evidence that they are not just personally engaged in sinful homosexual activity but that they are promoting the worldwide LGBTG agenda for the radical change of moral norms throughout society around the world, not just in the institutional Church.
There has probably always been men with a homosexual orientation serving as priests, bishops and cardinals in the Vatican curia, but one would like to believe that the vast majority of them lived chaste lives with the help of God’s grace.   In 1995 while I was in the Sacristy of Saint Peter’s Basilica getting vested to Celebrate Mass at the Chair of St. Peter for the Wednesday Pilgrims’ Mass, one of the Popes Master of Ceremonies entered the Sacristy and passionately kissed one of the serves on the lips.  I was shocked, but anticipating Francis’ dictum “Who am I to judge” I decided that the server was a family member of the Monsignor and I reserved judgment, but I thought it was unseemly.  But now I think that what I saw was a symptom of the sickness which now permeates the Vatican Curia.  To be a homosexual and chaste is one thing, to be homosexual and sexually active is another thing and to be homosexual, homosexually active and to be promoting the LGBTG agenda in the Vatican is an abomination.
What is so disturbing about the present situation is that there does not seem to be any followup on all the investigations by the Vatican police force.  Few get punished for sexual transgressions  and some that have been punished have been restored to their former positions by Francis.  He condemns sexual crimes in his homilies and press conferences but then restores clerical sex abusers to their offices.
More and more often I am hearing the old saying:  “A fish rots down from the head.”
Which prompts me to look up the saying in the Idioms Dictionary. }

FISH ROTS FROM THE HEAD DOWN a or the fish rots from the head down Meaning It refers to failing organizations and how the blame of it should be on its ‘head’ that is its leadership. It does not talk about the biology of the fishes and should not be used as a literal meaning. This is because an actual fish starts to rot from its guts and not head according to piscine biology. Example Sentences The company was bound to be closed sooner or later considering the kind of mangers that they had hired. A fish rots from the head down after all. A leader has to be of a strong will and good character otherwise as it is said, the fish rots from the head down. The whole organization would then have to suffer because of it. His maid servant doesn’t do anything as asked for. But the fish rots from the head down, look at how unorganized his own life is. Origin Although not certain, the origination of this proverb may be associated with Sir James Porter’s work that was published in 1768 called ‘Observations on the religion, law, government, and manners of the Turks’. It is a popularly used for big organizations nowadays instead of for individuals. But using it for individuals would not be wrong. Source: theidioms.com

3 Responses to THE FISH ROTS FROM THE HEAD DOWN