Anatomy of a Coverup: An Open Letter to Pope Francis 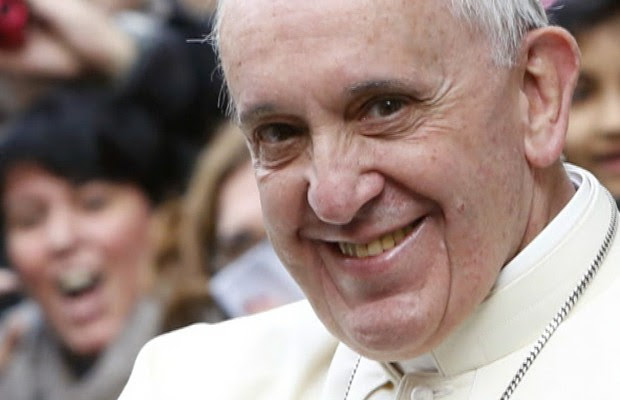 “It is the Argentine attitude: Suppress and ignore”—V.S. Naipaul

‘I was part of the problem‘ Pope Francis was quoted telling the Chile abuse victims.

No. You weren’t part of the problem… you are the entire problem. You appointed and elevated a predator protector. For three years, you steadfastly protected him, despite overwhelming evidence that he should be removed as Bishop and from priestly ministry.

You suppressed and ignored a tsunami of requests, pleas and evidence about Bishop Juan Barros’ complicity and involvement with predator priest, Fr. Fernando Karadima. In 2011, Karadima was removed from his priestly duties and banished to a life of penitence, after a guilty finding at the Vatican’s Congregation for the Doctrine of the Faith.

You made a mockery of your self-proclaimed, “zero tolerance policy.”

Your arrogance and clericalism blinded you to the obvious and sustained pleas of the abuse victims of Karadima and Barros.

You dismissively scorned all the protestations from Chile, like the clever dictator pope that you are. You believed that threatening and deriding victims would silence them. After all, your Bergoglian strong-arm tactics worked so well throughout your years in Buenos Aires as Bishop and Cardinal. As you told your buddy, Rabbi Skorka, in the book On Heaven and Earth, “In my diocese it (clergy sex abuse allegations) never happened to me.”

Nothing there, says Bergoglio.

Yet, the Argentine media was replete with dozens of clergy sex abuse cases during the years that Bergoglio was Bishop and Cardinal in Buenos Aires.

So you employed your cover-up tactics, employing well-worn denials and name calling with the Barros scandal.

And you almost got away with it.

Except for a photograph….. 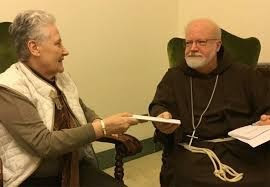 You foolishly misjudged these Karadima/Barros victims. Clergy sex abuse victims are some of the most broken and traumatized of sex abuse victims. They seldom possess the perseverance and strength to challenge Church bureaucracy, especially the Vatican hierarchy, and the Pope himself.

You arrogantly thought that if you lashed out at them, calling them ‘slanderers’, and haughtily dismissed their protests, that they would fade away, like most clergy sex abuse victims. It worked in the past for you as Cardinal of Buenos Aires. Better yet, now, you are the powerful Pope, the Vicar of Christ.

Yet, you misjudged these Karadima survivors. These men are damaged, but unbowed. They were not intimidated by your notorious temper and scurrilous scorn. These men had survived the worst imaginable abuse and they were not going to be silenced by your repeated empty threats and vicious verbal assaults.

You never expected that the Karadima/Barros victims would outsmart you.   Despite the vicious abuse they suffered, these men are smart, persistent. They possessed power; it’s called the Truth.

They knew that they needed demonstrable proof that you, Pope Francis were aware of the specific allegations of horrendous abuse by Fr. Karadima while Bishop Barros watched and did nothing. Imagine, the anger and shock felt by these victims toward a priest who watched their abuse and did nothing. Nothing. Imagine their fury when they learned that you honored and elevated Barros, as Bishop of Osorno?

You were cornered when the world saw the photograph of the envelope detailing the abuse suffered at the hands of Fr. Karadima by Juan Carlos Cruz. The photographic evidence and documentation handed to Cardinal Sean O’Malley by Marie Collins in April 2015. Gotcha.

You were cornered when Cardinal O’Malley told the victims that Juan Carlos Cruz’s letter was given to Pope Francis.

It would be nearly 3 more years when that photograph would finally surface for all the world to see that you were given evidence, the sordid evidence of Barros’ utter unsuitability for any clerical role.

Below is the timeline of your coverup. It establishes uncontrovertibly that you possessed knowledge about the reprehensible conduct and unsuitability of Juan Barros. You waged a personal, very public, media campaign to destroy any critics of Bishop Barros. You personally defended Barros and excoriated the Barros victims. Your own Congregation for the Doctrine of the Faith (the CDF) investigated this case had reams of files and documents about the Karadima case and Bishop Barros. You refused to listen to anyone who possessed the facts and the truth.

The Case Against Francis

This is the case against Pope Francis for ignoring and failing to adhere to his own zero tolerance guidelines:

Jan. 31, 2015 Letter from the Chilean Bishop Conference to the Vatican protesting the appointment of Bishop Barros- Ignored and Suppressed

Feb. 2015–A month later, over 1300 Catholics in Osorno, along with 30 diocesan priests, and several members of the Chilean Parliament sent a letter to Pope Francis urging him to rescind the appointment of Bishop Barros which was scheduled for March 21, 2015. The letter was given to Pope Francis, yet the appointment was not rescinded by Francis. As the Osorno Catholics would soon learn, Church internal politics trumps the will of the people in the pews.

Mar. 21, 2015- Barros Installation Mass Protest-Global Media carried footage of the massive protest by Chilean Catholics over the appointment of Barros. Ignored and Suppressed

April 2015-Members of the Pope’s Commission for the Protection of minors relate that in April 2015, they sent a delegation to Rome specifically to hand-deliver a letter to the Pope about Barros. Marie Collins gave the letter to Cardinal O’Malley and click the photo was taken and O’Malley conceded that he gave the letter to Francis. Suppressed and Ignored.

May 2015 A video surfaces of Chileans in St. Peter’s Square personally plead with Pope Francis to rescind the appointment of Barros: On video, Pope Francis angrily calls them ‘stupid.’ Suppressed and Ignored.

May 2015–Chilean Supreme Court issues a subpoena to the Vatican for information regarding Bishop Barros. Suppressed and Ignored

Pope Francis says that “The day that they bring me proof against Bishop Barros, then I will speak. There is not a single piece of proof against him. Everything is slander. Is that clear?” He also said: “no one has come forward, they haven’t provided any evidence for a judgment. This is all a bit vague. It’s something that can’t be accepted.” In the Barros’ case, it was studied, and it was restudied. And there is no evidence…I don’t have any evidence to convict.” Suppressed and Ignored.

January 2018 Papal return trip to Vatican on plane…confronted by an AP reporter, the pope said: “You, in all good will, tell me that there are victims, but I haven’t seen any, because they haven’t come forward.” Suppressed and Ignored.

This author has investigated many clergy sex abuse cases. I witnessed the lies, threats, and hard-ball tactics of episcopal coverups. This is nothing new or particularly complex. The intimidation tactics of Pope Francis demonstrate the classic insidious coverup by a Bishop….the Bishop of Rome.

When the photo emerged in February 2018, the papal cover up gig was up.

Francis could stonewall no more.

He thought he could deny, suppress, and ignore the baleful pleas of wounded victims, like he did so many times in Argentina.

Francis, and only Francis, is personally and authoritatively responsible for this contemptible coverup.

Using the power and prestige of the Holy Office of the Papacy, Francis has repeatedly denied allegations, covered up the evidence and when he is caught in his web of lies, what does he do?

Francis now blames and scapegoats the 34 Chilean Bishops of the Chilean Episcopal Conference, a number of whom had originally protested the appointment of Juan Barros.

Zero Tolerance is an empty trope, unless Pope Francis resigns in shame and spends his remaining years in penitence for his failure to protect Chilean children and respond to the pleas of faithful Chilean Catholics, clergy abuse victims and countless Chilean priests.

How much more could the victims and Chilean Catholics have done to bring this matter to the Pope’s attention? They used every means humanly possible to stop this dangerous appointment. In response, Francis derided them, scoffed at them and insulted them repeatedly. Some Holy Father.

So much for the Pope of Mercy.

The College of Cardinals should immediately convene and remove Francis, the Bishop of Rome for his gross and grave negligence and personal complicity in the systematic flouting and abuse of his own zero tolerance policy causing a scandal of epic proportions brought upon the global Catholic Church and the Chilean Catholic Church. In Francis’ new Motu Proprio Guidelines on Bishop Removal the standard for removal is “In the case of the abuse of minors and vulnerable adults it is enough that the lack of diligence be grave.” § 3. Three years of papal stonewalling and coverup is the definition of grave.

It is easily arguable that the Francis coverup timeline demonstrates overwhelming evidence of a pernicious and wanton breach of ecclesiastic duty to ensure the protection of children and the moral integrity of the episcopacy. For once, will the Princes of the Church protect the little children? Or will they continue to quake in their mitres in the face of the dictator Pope?