FAITHFUL READER OF ABYSSUM, RICHARD, IN AUSTRALIA SENDS THIS TO ABYSSUM. UNMENTIONED BY BISHOPS IN THE DEBATE ON IMMIGRATION IS THE REALITY OF ILLEGAL IMPORTATION INTO THE U.S. OF SEX SLAVES, YOUNG GIRLS AND BOYS, WHOSE PARENTS ARE HELD CAPTIVE TO ENSURE THE SILENCE OF THE SEX SLAVES

Posted on June 18, 2018 by abyssum
Dear Doreen
I am not sure what you want, so I have listed documents on four categories of news on slavery.
There is slavery in Australia, particularly in Canberra.
Around 35 million slaves in Africa, and about a million cross international boundaries each year.  These are the figures I have heard, and I have no reason to doubt them.
Slave raids go on in north east Africa, and there are slave markets in many Islamic countries.
Mauretania was the last country to officially stop the slave trade, in 1980.  But I don’t think it has made any difference.
In every country where there is a significant Islamic population, you will find slavery.
The conditions these slaves live under are appalling.
But there is no interest whatever from our government.  And even less from our bishops, who tend to concentrate on more important things like global warming and other similar evils.
Our American friends, who are occasionally presented with demands for ‘reparation’ for slavery, should insist that before they will consider any application, those demanding a handout should successfully get a suitable amount of compensation from the Arab Muslims who sold their ancestors to Americans.
Richard
PS  Barack Obama is 50% white.  He is also part black (from his Kenyan grandmother) and part Arab (from his Kenyan grandfather).
This raises the possibility that the grandfather owned the grandmother.  If so, Obama is the descendant of slave owners.
The Arab word for ‘black’ is ‘abd.’  The Arab word for ‘slave’ is ‘abd’.  A coincidence?
Slavery in General
Slavery from Muhammad to the Present
The Complex History Of Slavery In Islam, From The Middle Ages To ISIS
The Arab Muslim Slave Trade Of Africans, The Untold Story – Originalpeople.org
The persistence of history
The Islamic Trade in European Slaves
Learn What Role Islam Played in African Slavery
Sex slaves
How I escaped from Islamic State’s sexual slavery
The truth about Muslims and sex slaves
Nadia was kidnapped at 21 and became a sex slave for IS. This is how she escaped.
Yazidi women vow revenge on Islamic State captors who used them as sex slaves
From Boko Haram to Islamic State, sex slavery and trafficking fund…
Exclusive: Islamic State ruling aims to settle who can have sex…
Sex-Slavery and Sharia in the Islamic State
The Slave Trade
Arab Slave Trade in Africa | Study.com
Islam, Archaeology and Slavery in Africa on JSTOR
The Mediterranean Islamic Slave Trade
Confronting anti-black racism in the Arab world
A History Of The Arab Slave Trade In Africa
The Slave Trade Began in AD700
Slaves Kept in Embassies
‘Slavery is happening in Australia’ – and it’s happening behind closed doors in Canberra’s diplomatic district
Diplomatic staff working as slaves in Australia: campaigners
Diplomatic residence like ‘a jail’ for foreign worker on ‘complete sham’ of a contract
Domestic workers in Canberra embassies ‘kept like slaves’
Somalia: Enslaved migrants sold in Libya return home
UK: Angry scenes at Libyan embassy slave auction protest
Exploited embassy domestics deserve our compassion and protection
Breaking News, Analysis, Politics, Blogs, News Photos, Video, Tech Reviews – TIME.com
r/canberra – Domestic workers inside Canberra embassies kept in conditions likened to ‘slavery’
Anti-Slavery Protests to besiege United Arab Embassies in London, Paris and Washington
Does Australia have a modern slavery problem?
Attachments area
Preview YouTube video Somalia: Enslaved migrants sold in Libya return home 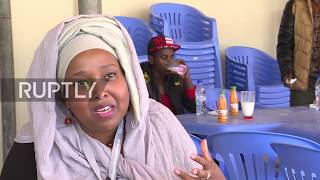 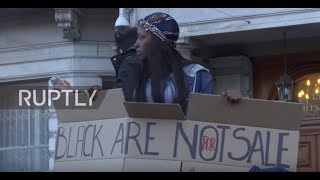 1 Response to FAITHFUL READER OF ABYSSUM, RICHARD, IN AUSTRALIA SENDS THIS TO ABYSSUM. UNMENTIONED BY BISHOPS IN THE DEBATE ON IMMIGRATION IS THE REALITY OF ILLEGAL IMPORTATION INTO THE U.S. OF SEX SLAVES, YOUNG GIRLS AND BOYS, WHOSE PARENTS ARE HELD CAPTIVE TO ENSURE THE SILENCE OF THE SEX SLAVES