IMAGINE A WORLD WHERE PEOPLE RIOT BECAUSE THEY ARE PREVENTED FROM KILLING BABIES.

Freddy Krueger, the Abortionist? & The Real Twilight Zone: Imagine a World where people Riot because they can’t Kill Babies 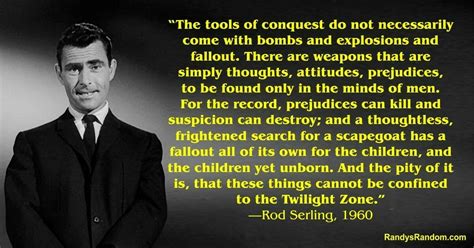 You Have Entered The Twilight Zone – Randy’s Randomrandysrandom.comHere is a Catholic Monitor post from August 12, 2006 titled “Freddy Krueger, the Abortionist?”:Dr. Theresa Burke’s book on post abortion therapy, Forbidden Grief: The Unspoken Pain of Abortion is endorsed by the great enemy of the feminist agenda- Dr. Laura Schessinger. Burkes concurs that the Feminist movement brought us many psychological problems and the trauma culture.

She applies psychology to cure this trauma, but says that abortion-trauma can only be completely healed if one asks for and receives God’s mercy. Her work shows that if the grief of abortion is not healed then the world can become a Freddy Krueger-like nightmare.

Q. What effect did the Feminist movement have in bringing about the trauma culture?

A. If you examine the women’s movement you can see that many of the women who laid the groundwork were women traumatized by their own abortions. They believed that legalizing abortion would take away the trauma. But even offered in the most pristine and legal hospitals – abortion can only destroy.

Q. What happens to a culture when millions of men and women have the memory of an aborted baby haunting their unconscious? Can you give us one example of what can happen?

A. We can act out our trauma through play, through art, through movies and music. The college students I witnessed playing “baby soccer” were actually trying to master their trauma by belittling it through a game with decapitated baby doll parts.This amusement and mesmerizing allure to engage in the traumatic play is a symptom of our cultures need to overcome the horror- like the baby in the blender jokes, which all surfaced coincidentally after Roe v Wade.

Q. The Baby Soccer” story in your book reminds me of a Stephen King novel with it’s broken heads of dolls being kicked around the room, their eyes gouged out, their cheeks burned with cigarette butts and a boyfriend putting the ember of his cigarette between the doll’s legs, then ripped them off, leaving only a vagina hole. Do you think abortion is connected to the horror genre in our culture?

A. Absolutely, I think that evil child movies are all around us. The child is the victimizer, the one who torments. Other movies, like Freddy Krueger, illustrate the horror of being tracked down by an “abortionist” figure who is out to kill her baby.

I’ve watched MTV shows with women shrieking in anger and pain, lyrics of abandonment and death. I think there is a collective unconscious anger and rage. It’s acted out in the violence between sexes and the complete sterilization of our life giving capacity. I’ve watched MTV where baby dolls are thrown off cliffs, discarded, abused and unwanted – revealing the unconscious conflict shared by all who have rejected children or been abused themselves after having been used for sexual pleasure.

Q. You said “As the group’s enthusiasm for this game demonstrated, the acting out of post-abortion trauma can be contagious…collective guilt and trauma have the capacity to disguise massive injustice. ” Do you think this is why more pro-abortion candidates seem to be getting elected?

A. I believe that any system, political or entertainment that can deny the pain or attempt to desensitize us to the truth will be popular unless there is deep and tranformative healing. We all know that misery loves company – and it is that misery that seeks so desperately to normalize the act – legalize, sanitize, and protect us from facing it in truth. So politicians who fight for our right to kill can be seen as friends and co-conspirators in the unspoken pact to protect us from abortion as an act of violence and the destruction of human life.

A. Yes, men suffer also. They might try to deny and numb their feelings through substance abuse and workaholicism. For those men who suffered the loss of their child because of an abortion they were unable to stop – they feel a sense of powerlessness – as if they have been castrated – they may also struggle with sexual difficulties or turn to fantasies and pornography as an attempt to reassure themselves of their virility.

Q. Tell us about men and women with PAT whom five to twenty years after their abortion suffered in confusion and silence?

A. The wound strikes at the heart of their spiritual life, causing feelings of guilt, shame, self-loathing and alienation from God. These symptoms can plague ones life for decades – and the secret is borne deeply in the heart and soul of those who suffer. They are frightened to expose this shame and grief for fear that others will judge them or think less of them. We had one woman come on our retreat who was 87 years old. She suffered over half a century with this secret that she had never revealed to anyone until she came to Rachel’s Vineyard. She was so relieved to be with others and to finally receive God’s forgiveness.

Q. You said “That’s a sign of healing. When your greatest and ugliest cross becomes that which you want to share with the whole world!” Tell us how this comes about?

A. I had heard Father Mike Mannion, a Catholic priest and writer say: When a woman is giving birth to a child – the mother is the child’s physical lifeline into the world. When there has been an abortion the “child” can become the mother’s spiritual lifeline to God. When we are given permission to grieve this secret loss, and embrace the crucible of our suffering united to Christ – the search for healing does become a spiritual journey – and in the process of that journey- individuals find the love and mercy of God in a way they have never known.

Q. Your book says when society trivializes abortion, people suffering from it will, cry out by their actions, “I’m not OK! I’m in tremendous pain! How can the pro-life movement help them?

A. Of course! We can validate their pain and lead them to places for healing. We can support them in love and compassion for the tremendous suffering they have endured. We can offer the Lord’s mercy by not seeking to judge or condemn them, but by inviting them to thoughtfully reflect on their experience – by being the one ear that will listen, or the one heart that cries with them for the loss.

Ms. Burkes’ book, Forbidden Grief, may be ordered at Amazon.com.

Pray an Our Father now for America.