Abortion advocates gamble on Supreme Court of the United States in re: HB2 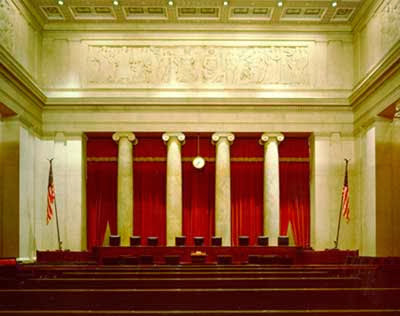 Today, Planned Parenthood filed a request with SCOTUS for an emergency order to overturn the US Fifth Circuit Court of Appeals’ preliminary decision in favor of House Bill 2.  The main target for the abortion giant is the new provision in HB 2 mandating that abortionists secure admitting privileges at a local hospital.  Similar laws are already in place in other states.

Last Thursday, the US Fifth Circuit Court of Appeals temporarily reinstated the law, requiring abortionists to obtain admitting privileges at a hospital within 30 miles of each location where he or she provides abortion.  In other words, HB 2 can take full effect while the lawsuit challenging the constitutionality moves forward.  The three-judge panel at the Fifth Circuit issued the ruling just three days after District Judge Lee Yeakel ruled that the 30-mile provision violated the U.S. Constitution.

In response to the Fifth Circuit panel overturning Yeakel’s injunction, Planned Parenthood has requested that the Supreme Court of the United States enjoin the admitting privileges provision of HB 2. Justice Antonin Scalia, an open critic of Roe v. Wade, will be considering Planned Parenthood’s request this week.  Justice Scalia immediately called upon the Office of Attorney General Greg Abbott to submit his response to the high court.

In the petition to SCOTUS, Planned Parenthood stated, “Appointments are being cancelled and women seeking abortions are being turned away,” and 20,000 Texas women will be stopped “from accessing this constitutionally protected health care service.”

“This is truly an historic moment in the Pro-Life movement.  Under Texas’ new law, the lives of fully-formed babies who can feel pain are now spared from abortion at five months.  Yet the abortion industry and Planned Parenthood are so desperate to protect their financial interests that they continue to resist and oppose safety standards in their abortion mills.”

“Abortionists and clinics are unwilling to comply with the new requirements in HB 2, so they have petitioned SCOTUS to reverse last week’s ruling from the Fifth Circuit Court that green-lighted the law to take effect.  The high court has upheld multiple medical standards for abortionists, and the specific question of hospital privileges has never been considered by SCOTUS despite similar laws enacted in sixteen other states.”

“The last time the full Supreme Court ruled on a Pro-Life law was the Partial Birth Abortion Ban in 2007, which was a victory for women’s health and the unborn.”

Texas Right to Life helped spearhead the passage of HB 2 during the 83rd Legislative Session. Planned Parenthood is willing to take extraordinary measures against basic standards of care for vulnerable women in order to protect their bottom line, even at the risk of jeopardizing the health and safety of Texas women.

I am a retired Roman Catholic Bishop, Bishop Emeritus of Corpus Christi, Texas
View all posts by abyssum →
This entry was posted in Abortion and tagged PLANNED PARENTHOOD, SCOTUS. Bookmark the permalink.