BEWARE OF SHEEP IN WOLVES CLOTHING, THEY ACT TOUGH BUT THEY ARE SPINELESS, THEY ARE WORSE THAN WOLVES IN SHEEP’S CLOTHING 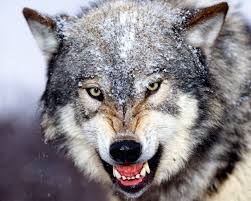 Joseph Stalin was responsible for the deaths of around 20 million men, women and children by massacres, torture, starvation and execution. Figures diverse as Lord Beaverbrook, Dean Acheson, Averell Harriman and George Marshall noticed his habit of doodling pictures of snarling wolves. Sixteen days before his death, he told an Indian ambassador, Shri Menon, “When a wolf shows his teeth, you know he is not laughing.” In his paranoia he saw wolves all around him and said, “Peasants know how to handle wolves. They exterminate them.”

It is hard to explain such figures apart from evil as a palpable Foe. There was no paranoia in our Lord’s counsel to his disciples: “I am sending you as sheep among wolves. So be wise as serpents and innocent as doves” (Matthew 10:16). In that menagerie of metaphors is the strategy of spiritual combat. Wisdom and innocence destroy foolishness and naïveté.

Our Lord is far from foolish and naïve when he orders us to turn the other cheek, to give the tunic as well as the cloak, and to walk twice the distance that is required by the Foe. Humility is more powerful than aggression or pacificism, and “heaps coals” (Romans 12:20) on the Foe’s demonic pride. This is hard to do, given the human instinct to revenge, but the Council of Trent assured that the commandments of God are not impossible to observe. His ultimate strategy in spiritual combat is: “Be holy, because I am holy” (1 Peter 1:16).

In 1983, the U.S. Bishops’ Conference issued a pastoral letter, The Challenge of Peace, which in retrospect was called unwise and naïve by Archbishop Philip Hannan of New Orleans. In World War II he had served in the 505th Parachute Regiment of the 82nd Airborne Division in the Ardennes Offensive and helped liberate a concentration camp. For a short while during the Allied occupation of Germany, he was priest-in-charge of the Cologne cathedral. The dust cover of my book, Principalities and Powers, shows armed soldiers at Mass in those bombed out ruins, and Chaplain Hannan may very well have been the priest at the altar. His last words at the age of 98, receiving Absolution on his death bed, were, “Sounds good to me.” Once when a mugger tried to rob him in Rome, the elderly archbishop struck him down and said later that he did not have time to turn the other cheek. But as a good shepherd who protected his flock from wolves, he knew that he had engaged and outwitted a Foe even fiercer than the wicked of this world.

Lent is a campaign against the aboriginal Evil One who seeks the ruin of souls. Even soldiers in a victorious army can be killed. Christ has defeated the Foe, and he protects us with “the shield of faith with which you can extinguish all the flaming arrows of the evil one” (Ephesians 6:16).

I am a retired Roman Catholic Bishop, Bishop Emeritus of Corpus Christi, Texas
View all posts by abyssum →
This entry was posted in BISHOPS, UNITED STATES CONFERENCE OF CATHOLIC BISHOPS, WITNESS TO THE TRUTH and tagged FATHER GEORGE W. RUTLER, WOLVES. Bookmark the permalink.
%d bloggers like this: