YOU AIN’T SEEN NOTHING YET !!! 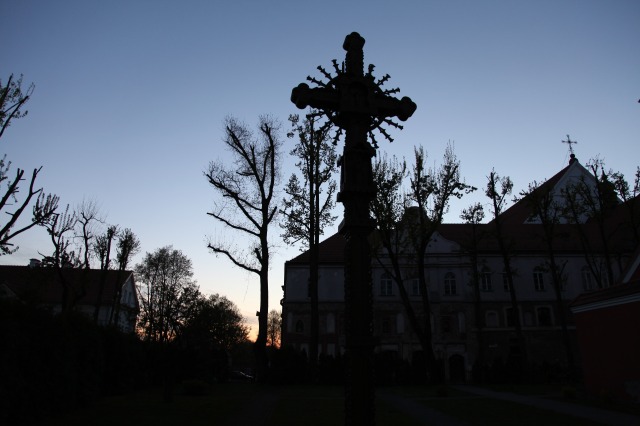 A few blocks north of our church, at 1664 Broadway in the old Warners’ Theatre which was demolished in 1952, the first Vitaphone talking film, The Jazz Singer, opened on October 6, 1927. I have been astonished that some of our bright young parishioners never heard of Al Jolson, but history records, as did Vitaphone, his words, “You ain’t heard nothing yet.” The Lord of History said more monumentally: “I have yet many things to say to you, but you cannot bear them now” (John 16:12).

The Word could finally be heard, having been “made flesh and dwelt among us” (John 1:14). When that Word rose from the dead, he said, in so many human words, “You ain’t seen nothing yet.” The Resurrection was far from a grand finale: it was the start of everything else. As our Lord ascended in glory, he gave the Great Commission: “Therefore go and make disciples of all nations” (Matthew 28:19).

This commission is called evangelization, for it means to announce the good news. Our Lord structured the organism for this by creating the Church. If half-hearted Catholics do not evangelize, they are not truly Catholic, and if well meaning people try to evangelize without the Catholic Church, they are not truly Evangelical.

In obedience to the Great Commission, the Holy See has a Pontifical Council for New Evangelization. All well and good, even if not clearly defined. But in recent decades there have been numerous committees and programs to evangelize, with little effect, despite all their meetings and conferences and advertising. Christ was meticulous with everything except bureaucracy. Instead, he sent his disciples out with a commission. Only holiness evangelizes.

Cardinal Nguyen Van Thuan, who died in 2002, has recently been declared a candidate for sainthood for his heroic virtues. Beginning in 1975, this coadjutor archbishop of Saigon was imprisoned by communists in Vietnam for thirteen years, nine of them in solitary confinement. He thought he might go mad, in a cell without light or ventilation, and mushrooms growing on his thin mattress. But his serene example kept converting many of his prison guards to Christianity.

The evangelization of souls, without benefit of councils or committees, was all that concerned him. Shortly before he died, he said, “If Jesus took a math examination he would surely fail. A shepherd had 100 sheep; one of them strayed. Without thinking, the shepherd went in search of it, leaving the other 99 sheep. When he found the lost sheep he put it on his shoulders (Luke 15:4-5). For Jesus, 1 equals 99, perhaps even more . . .”

Jesus said, “. . . a time is coming and has now come when the dead will hear the voice of the Son of God, and those who hear will live” (John 5:25). I expect that when Cardinal Van Thuan died, he heard a voice saying: “You ain’t seen nothing yet.”