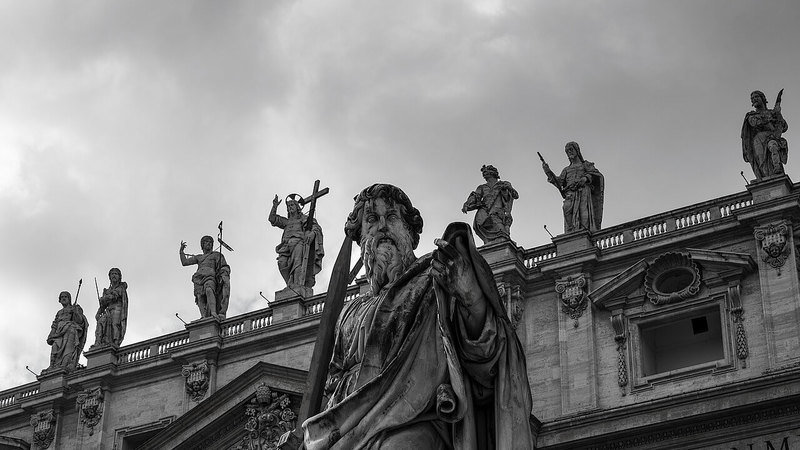 On September 23, 2017, an international group of Catholic clergy and lay scholars issued a public correction of Pope Francis:

“Most Holy Father,” the letter begins, “With profound grief, but moved by fidelity to our Lord Jesus Christ, by love for the Church and for the papacy, and by filial devotion toward yourself, we are compelled to address a correction to Your Holiness on account of the propagation of heresies effected by the apostolic exhortation Amoris laetitia and by other words, deeds and omissions of Your Holiness.”

The full title of the document is Correctio filialis de haeresibus propagatis, which is translated as “A filial correction concerning the propagation of heresies.” It states, according to the authors, “that the pope has, by his Apostolic Exhortation Amoris laetitia, and by other, related, words, deeds and omissions, effectively upheld 7 heretical positions about marriage, the moral life, and the reception of the sacraments, and has caused these heretical opinions to spread in the Catholic Church.”

To read more about this document, go here.

Because it appears that the authors of the document intended to include only the signatures of credentialed theologians, pastors, and scholars who could add the weight of their academic expertise to the cause, we have created this petition to be signed by any and every member of the laity, no matter their station in life, in support of their effort. We, too, believe that we must “protect our fellow Catholics – and those outside the Church, from whom the key of knowledge must not be taken away (cf. Lk. 11:52) – hoping to prevent the further spread of doctrines which tend of themselves to the profaning of all the sacraments and the subversion of the Law of God.”

This is an informal petition of support of this effort, but every voice counts. Every signature matters. We hope you will join us in lending our own voices to this noble and worthy effort to defend Our Lord Jesus Christ, His divinely revealed truths, and the teachings of our Holy Mother Church.

This petition will be delivered to:

Steve Skojec started this petition with a single signature, and now has 337 supporters. Start a petition today to change something you care about.

I support the theologians and add my signature here in accordance with Canon 212 §3. I thank these witnesses for their courage and pray for them and the Holy Father.

I am a Catholic and really sad about the state of the Church today.