WHAT STARTS IN CANADA USUALLY CREEPS EVENTUALLY ACROSS THE BORDER INTO THE United States, BRACE YOURSELF!!!!!

A society is judged by how it treats its most vulnerable. Did we care for them, or kill them? 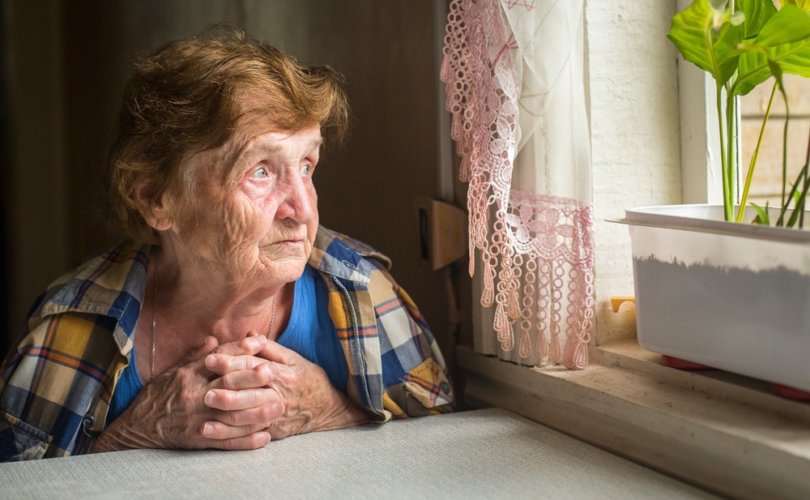 (Campaign Life Coalition) – Some Canadian funeral homes have begun offering rooms where the consenting sick and the elderly can be killed prior to their wake and burial.

These new killing facilities are now able to offer an all-in-one package — death, wake, burial — thanks to the country’s Medical Assistance in Dying (MAID) protocol that has been legal since 2016, and was expanded in 2021 to include people suffering with mental illness.

Paul Needham of Northview Funeral Chapel in London, Ontario, told CBC News this week that he had been receiving so many calls to provide a place for people to be killed that he finally decided to take advantage of the opportunity. He began to offer rooms for rent at his funeral home where the old and the sick could come to be killed, either by their own hand, or, more commonly, with the assistance of a doctor or nurse.

In the past year alone, Needham’s funeral home has facilitated the killing of 23 sick and old people.

“Family members can be right there with their loved ones,” Needham told CBC News. “I suggest they can make it how they want it, bring some of your favourite music, bring flowers, bring some food or if you like, bring a bottle of wine. This is this person’s last day on Earth. You want to take everything into account and consider as many things as possible.”

David Mullen, owner of A. Millard George Funeral Home in Ontario, has also noticed the trend and has converted his former casket showroom into a beautifully decorated killing room where friends and family members can be with the victim during his or her death. He hopes to have everything up in running by the new year.

Darcy Harris, professor of thanatology (study of death and dying) at King’s University College in Ontario, said that this next step for funeral homes makes sense.

“Funeral homes are usually very nicely appointed and the staff are service-orientated and are comfortable talking about death,” she told CBC News.

While MAID is now legal in Canada, that certainly does not make it right or moral. Euthanasia and assisted suicide, no matter how pretty the room and how flowery the legal language that surrounds it, is the deliberate killing of the sick and elderly.

Nations that allow some citizens to kill other innocent citizens, for whatever reason, have collapsed morally. A collapse of morality can only result in social anarchy and the eventual collapse of that nation.

Funeral homes are supposed to be places where our beloved dead can be remembered, honoured, and given our last respects prior to burial. They should never become execution sites for the sick, elderly, and those suffering with mental illness, who have been misinformed that euthanasia is a solution to their problems. Killing vulnerable people, no matter what the reason, is always wrong and against God’s law.

What the sick and the elderly need are relationship, love, and compassionate care, not someone deliberately cutting their life short.

Funeral homes should stick with the honourable work of burying the dead, which is a true work of mercy, not facilitating the killing of vulnerable people.

A society is judged by how it treats its most vulnerable. Did we care for them, or kill them?