THE Supreme Court SIGNALS THAT IT IS READY TO LIMIT ABORTIONS 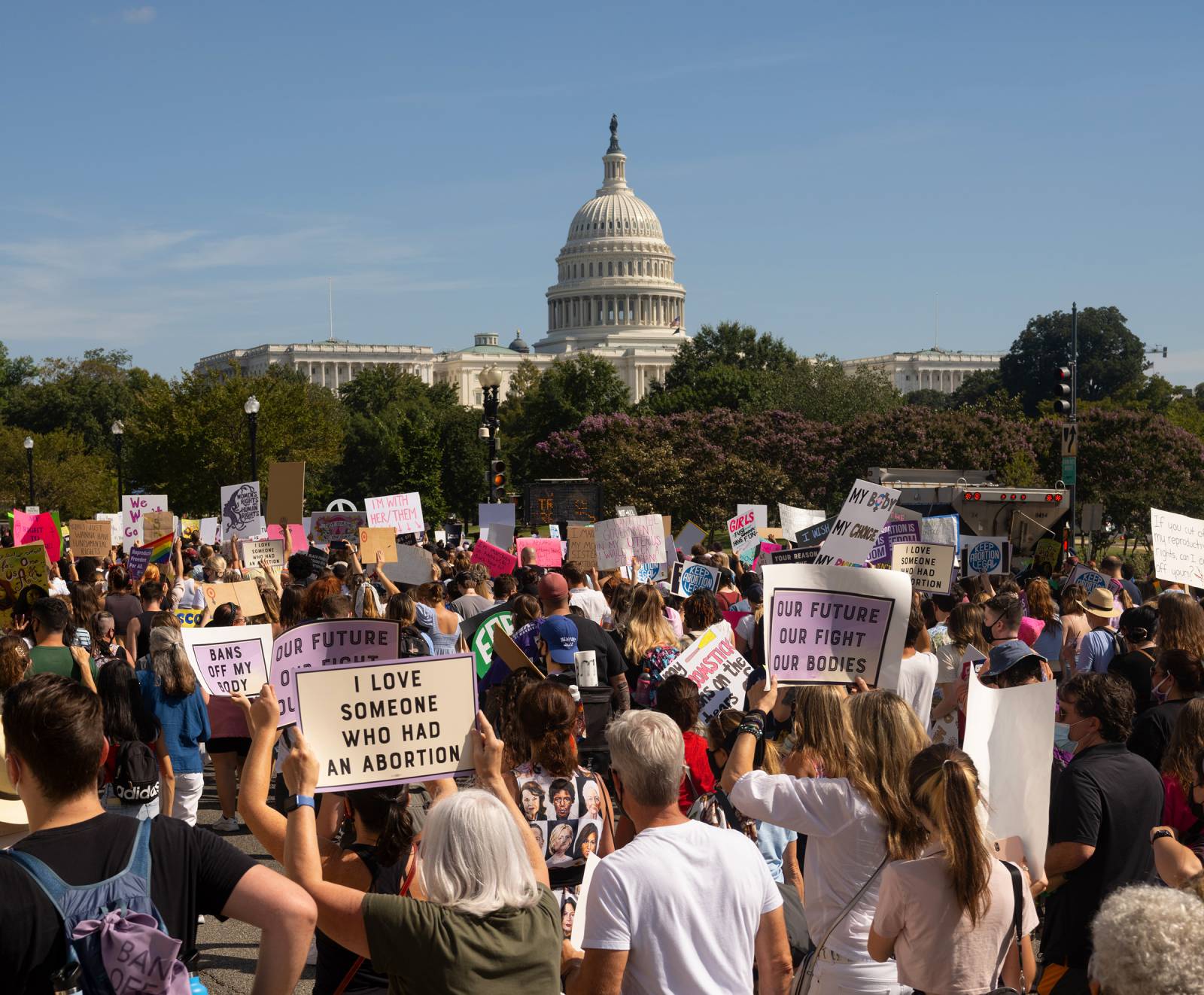 Protesters and counterprotesters gather outside of the Supreme Court at the Women’s March and Rally for Abortion Justice in Washington, D.C., on Oct. 2. Elizabeth Bick for TIMEBY ABIGAIL ABRAMS  DECEMBER 1, 2021 3:48 PM EST

The Supreme Court on Wednesday seemed ready to uphold a Mississippi law that bars abortions after 15 weeks of pregnancy, a move that would significantly curtail the right to abortion in the United States.

The law in question directly contradicts what has been the central holding of Roe v. Wade, the 1973 decision that established the constitutional right to abortion and said that states cannot ban the procedure before fetal viability, which occurs around 24 weeks of pregnancy.

After nearly two hours of often heated oral arguments, the Supreme Court’s six conservative justices appeared willing to undermine that nearly 50-year-old precedent, but they seemed divided on whether the court should weaken the viability standard or overturn Roe entirely. The three liberal justices vigorously defended Roe and questioned Mississippi’s arguments for doing away with the precedent. 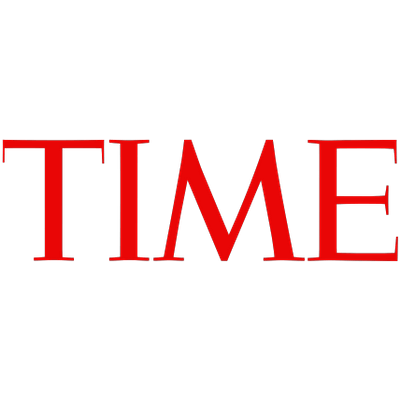 Chief Justice John Roberts, typically the most moderate of the conservative majority, seemed to push for a middle ground that would allow states to prohibit abortions before viability but not get rid of the Court’s precedent altogether. He asserted that Mississippi’s law does not represent a “dramatic departure” from viability. “Why is 15 weeks not enough time?” Roberts asked during the arguments.

Here Are the Coolest Gifts Of 2021

Some of the other conservative justices suggested they may want to go further. Justices Clarence Thomas, Samuel Alito, Neil Gorsuch and Amy Coney Barrett expressed clear skepticism of Roe and Planned Parenthood v. Casey, the 1992 decision that reaffirmed the right to abortion and prohibited laws that pose an “undue burden” on people seeking abortions.

Conservative Justice Brett Kavanaugh argued the Supreme Court should return the issue of abortion to the states, which would mean overruling Roe. “The Constitution is neither pro-life nor pro-choice,” he said, adding that the Court should “return to a position of neutrality.”

Read More: Inside Mississippi’s Last Abortion Clinic—And the Biggest Fight for Abortion Rights in a Generation

Julie Rikelman, the lawyer arguing on behalf of the Mississippi abortion clinic challenging the state’s law, responded that overturning Roe would not be a neutral act. The Constitution protects liberty, she said, but if women cannot make decisions about their own pregnancies, “then they will never have equal status under the Constitution.”

The case is the result of a decades-long effort by advocates and legislators who oppose abortion. Republican-led states have passed waves of laws restricting the procedure and aimed at testing Roe in recent years. Overturning the landmark ruling would eliminate abortion access in large swaths of the country, particularly in the South and Midwest. Nearly half of states would act quickly to ban abortion completely, forcing people to travel across state or national boundaries to access abortions, go around the law, or carry unwanted pregnancies to term.

Abortion rights activists were bracing for this moment. The fact that the Court agreed earlier this year to consider the Mississippi case at all signaled that a majority of the justices were ready to revisit Roe. When Mississippi passed its law in 2018, the state’s only abortion clinic, Jackson Women’s Health Organization, immediately filed suit challenging the law. A federal district court and the conservative Fifth Circuit Court of Appeals both ruled the law was unconstitutional.

Mississippi then appealed the case to the Supreme Court, and after months of deliberation, the justices agreed to take the case focused on the question of whether all bans on abortion before viability should be unconstitutional. However, Mississippi then asked the Court to go further, urging the justices to completely overturn Roe v. Wade.

Mississippi’s case is just one of the abortion-related disputes the Supreme Court has heard this term. On Nov. 1, it heard arguments over a Texas law that bans almost all abortions after about six weeks of pregnancy and has not yet ruled on that. The decision in the Mississippi case is expected to come by the end of June, just months before the midterm elections.

Read More: The Supreme Court Will Consider the Texas Abortion Law. Their Decision Could Change the Court—and the Country

While the justices did not specifically mention the electoral implications of the Mississippi case on Wednesday, several asked whether overturning a long-held precedent like Roe would make the Court be seen as a political actor.

“Will this institution survive the stench that this creates in the public perception that the Constitution and its reading are just political acts?” asked liberal Justice Sonia Sotomayor during arguments. “If people actually believe that it’s all political, how will we survive? How will the courts survive?”

Liberal Justice Stephen Breyer, quoting from Casey, made a similar point. “To overrule under fire in the absence of the most compelling reason to re-examine a watershed decision would subvert the court’s legitimacy beyond any serious question,” he read.

Another liberal justice, Elena Kagan, also argued that the Court should be careful about overturning precedent in order to prevent “people from thinking that the court will go back and forth depending on changes to the courts membership.”

Read more: The Fate of Roe v. Wade May Rest on This Woman’s Shoulders

The Court has grown more conservative over the last few years as former President Donald Trump nominated three justices, Gorsuch, Kavanaugh, and Barrett. Despite this new 6-3 conservative majority, many legal scholars predicted before Wednesday that the conservative justices would likely want to avoid being seen as overly partisan. Four of the court’s justices have publicly expressed concerns about that this year. Public approval of the Court reached a historic low this fall.

The justices have also dealt with high profile cases before important elections in the past. In 2012, Roberts voted to uphold the Affordable Care Act shortly before that year’s presidential election.

Lawrence Baum, a political science professor at the Ohio State University who studies federal judicial decision making, said that the justices would likely be aware of how a ruling that avoids firing up Democratic voters on the issue of abortion could help Republicans in the midterms next year. “They might want to find some way to finesse things so there wouldn’t be headlines about the Court overturning Roe,” he said before Wednesday’s arguments.

Mississippi Solicitor General Scott Stewart argued that it is Roe and Casey that have damaged the Court and the country.

“Roe vs. Wade and Planned Parenthood vs. Casey haunt our country,” Stewart said in his opening argument. “They poison the law. They’ve choked off compromise. For 50 years they’ve kept this court at the center of a political battle that it can never resolve and 50 years on, they stand alone. Nowhere else does this court recognize a right to end a human life.”

Much of the arguments focused on the viability standard established by Roe.

If Mississippi’s law prohibiting abortion is allowed to stand, that would move the line at which abortion limits are constitutional away from the current state of focusing on viability, around 24 weeks.

“The right of a woman to choose, the right to control her own body, has been clearly set since Casey, and never challenged. You want us to reject that line of viability and adopt something different,” Sotomayor said to Stewart during the arguments.

Both sides in this case argued there is no middle ground on the issue of abortion, but Stewart said if the Court does not go all the way in overruling its precedent, it could offer a “clarified version” of the “undue burden” standard established in Casey that would allow laws like Mississippi’s to stand.

Abortion rights advocates have said that any decision upholding Mississippi’s law will effectively eliminate the right to abortion.

Rikelman, the lawyer for the Mississippi clinic, and U.S. Solicitor General Elizabeth Prelogar, who also argued in support of the clinic, noted that allowing Mississippi’s 15-week law would open the floodgates to other laws further limiting abortion. Mississippi has also previously passed a six-week abortion ban, and many other states have laws that are currently blocked or making their way through the courts that could be revisited depending on the outcome of this case.

“For a half century, this Court has correctly recognized that the Constitution protects a woman’s fundamental right to decide whether to end a pregnancy before viability,” Prelogar said. “That guarantee that the state cannot force a woman to carry a pregnancy to term and give birth, has engendered substantial individual and societal reliance. The real-world effects of overruling Roe and Casey would be severe and swift.”