PRESIDENT BIDEN SHOULD HAVE BEEN PREPARED THAT GOVERNOR GREG ABBOTT WOULD WELCOME HIM AT THE EL PASO AIRPORT, BUT HE WAS PROBABLY NOT PREPARED TO BE HANDED SUCH A STRONG PERSONAL LETTER FROM THE GOVERNOR

Abbott was the first to greet Biden as he departed Air Force One onto the Tarmac of the El Paso airport, where he handed the president a letter with proposed solutions to the border crisis that also excoriated Biden over his handling of the border crisis. Biden’s visit will be his first to the border, a fact that Abbott mentioned as he described Biden’s visit as “too late.” (RELATED: EXCLUSIVE: ‘Give The Illusion’: Border Patrol Agents, Union President Pour Cold Water On Biden’s Planned Border Visit)

“Your open-border policies have emboldened the cartels, who grow wealthy by trafficking deadly fentanyl and even human beings,” the letter read. “Texans are paying an especially high price for your failure, sometimes with their very lives, as local leaders from your own party will tell you if given the chance.”

Abbott told the DCNF that he chose to confront the president personally due to Biden’s handling of the border, which Abbott argued had greatly harmed his state of Texas.

“The President announced on Thursday that he was gonna be coming to the border and we didn’t hear from him. He said he was gonna meet with local officials. Last night, a staff person in my office received an invitation from the president’s office for me to greet the president at the tarmac, which I did do as I always do,” Abbott said after speaking with Biden, Department of Homeland Security (DHS) Secretary Alejandro Mayorkas, Democratic Texas Reps. Veronica Escobar, Henry Cuellar and Vicente González.

“But I wanted to use the opportunity to express to the president the damage that he’s caused in the state of Texas and the solutions that he could deploy today to eliminate that damage, to restore the immigration system to an orderly system and to eliminate illegal immigration,” he added. 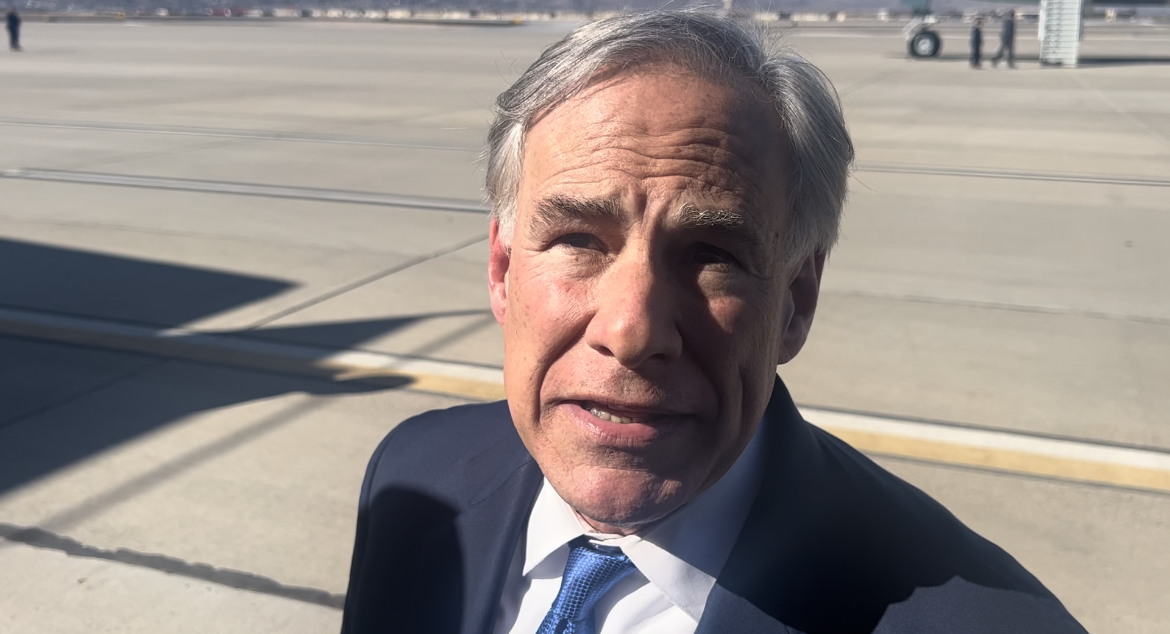 “Even the city you visit has been sanitized of the migrant camps which had overrun downtown El Paso because your administration wants to shield you from the chaos that Texans experience on a daily basis,” the letter read, referring to the scores of migrants that had taken over El Paso’s streets in recent months.

The White House did not immediately respond to a request for comment.