RACISM: FERGUSON AND THE REAL RACE WAR, DO NOT LET THE LIBERAL MEDIA BRAINWASH YOU

Photo of Ferguson police officer  WILSON who suffered serious facial injury, including a broken or severely damaged eye socket, during  a struggle with MICHAEL BROWN. WILSON was sitting in his patrol car talking with BROWN who was standing along side the patrol car when BROWN assaulted WILSON.

All my life I have been opposed to racists and racism.  When I was a skinny brown-skinned kid in elementary school in Texas City, Texas I was the butt of racist remarks.  My classmates would refer to me as MAHATMA GHANDI.  Ghandi was very much in the news in those years as he sought through civil disobedience to overthrow British colonial rule of his native India.  There was no doubt in my mind that there was also an element of racist prejudice against Hispanics in their taunts; even though my mother was French-American it was the Hispanic name of my father combined with my super-suntanned skin that earned me their racist taunts.

I issued a Pastoral Letter on January 22, 1992 as Bishop of Corpus Christi entitled, Abortion and Racism, in which I showed the link between Margaret Sanger’s eugenics and Planned Parenthood, International’s program to limit the birth of non-Caucasian babies.  I have preached and taught about the evil, the sin, of racism.

Do not let the media deceive you into believing that every fatality involving a law-enforcement office and a black youth is the result of racism.  Watch the video linked below for a good insight into the causes of inter-racial violence.

A powerfully different perspective than what you will see on the main stream news channels.
“Oh Yes, There is an Epidemic of Racial
Violence in America Alright . . . But . . . “
https://www.youtube.com/embed/iGTUcS-yQtQ 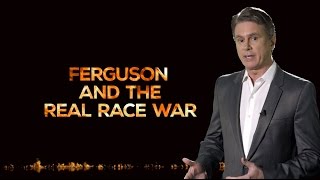 I am a retired Roman Catholic Bishop, Bishop Emeritus of Corpus Christi, Texas
View all posts by abyssum →
This entry was posted in Racism and tagged BROWN, International, MICHAEL BROWN, officer  WILSON, PLANNED PARENTHOOD, RACISM, WILSON. Bookmark the permalink.
%d bloggers like this: