SAUL ALINSKY MAY NOT HAVE BEEN A SAINT BUT THERE IS NO DOUBT HE WAS A GENIUS, AN EVIL GENIUS 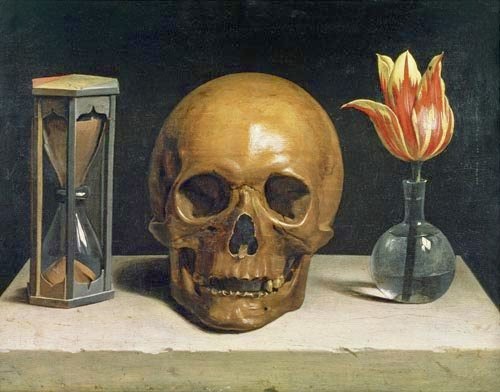 A new book “Organizing the Culture of Death” examines the inroads radical and leftist politics have made in religious communities duped by community organizers.

.
If you go to the website of any Alinskyian organization with congregational members, it isn’t likely they’ll admit to supporting abortion or same-sex marriage or birth control or a host of other progressive positions that travel together in the political world.
In fact, if one were to ask the question directly, he would likely receive an answer similar to Mark Warren’s in his book Dry Bones Rattling: Community Building to Revitalize American Democracy.  He writes that the Alinskyian organizing networks and their local affiliates take “no action on such culturally divisive issues as abortion and teaching about gay life styles in schools – although the [Industrial Area Foundation’s ] commitment to inclusiveness means it defends the rights of gays to full participation in public life…” (page 6)

The young Alinsky organizer in Chicago, Barack Hussein Obama
.
.
However, the hard fact is that these networks, deeply entrenched in hundreds of American congregations, including many that profess to be morally opposed to abortion, do take highly supportive actions.  Let’s look at a few examples.
Together Colorado
The PICO organizing network dominates the faith-based organizing scene in Colorado.  It’s Denver affiliate is currently called Together Colorado.  Not so long ago, it was called MOP (Metro Organizations for People).
If you go to the Together Colorado website and click its “Organizing Tools & Resources” menu, you’ll find a tab called the “healthcare toolkit.”  That will take you to various materials, presumably that are useful to people interested in this issue.
Among these materials, one reads that Together Colorado is “working with Metro Community Provider Network to wrap high quality primary care services around high emergency room utilizers to save money…” etc.
Metro Community Provider Network is featured in NARAL Pro-Choice Colorado’s booklet “Thinking about Sex?  What Teens Should Know about Reproductive Health Care.” In it, we learn that Metro Community Provider Network provides teens a wide range of services to young people, including birth control, emergency contraception (which is often abortifacient), and “pregnancy options counseling.”
It gets worse.  Thanks to the organizing work of Together Colorado and member congregation St. Therese Catholic Church in Original Aurora, there is a health care entity called Aurora Health Access whose taskforce also includes Planned Parenthood – which the NARAL booklet identifies as an abortion provider.
Along with Together Colorado and Metro Community Provider Network, and others, Aurora Health Access cooperates in a Bridges to Care project with the goal of “integrating” community health services.   Since its constituent members provide or refer to abortion, one can say without exaggeration that Together Colorado has indeed taken action on this “culturally divisive issue” – and that the action supports it.
United Power for Action and Justice – Chicago, Illinois
The largest and oldest organizing network is the one founded by Alinsky himself: the Industrial Areas Foundation.  Its Chicago affiliate is called United Power for Action and Justice (UPAJ).
Among UPAJ member-institutions are several health care organizations that provide family planning services or refer their clients for such services., among them Access Community Health Network, Circle Family Health Care, Erie Family Health Center, Heartland Health Outreach, and the Near North Health Services Corporation.
So, when UPAJ makes the decision to promote a particular public policy or legislative action, the fact that it may contain a family planning component isn’t a factor in that decision.  Its efforts to push the state legislature to create a health insurance exchange enabling the state to receive $90 million in federal startup grants for the Affordable Care Act was made with utter indifference to the fact that the Affordable Care Act covers contraception – including abortifacients.
PICO United Florida
PICO United Florida belongs to a coalition called Orange Rising that supported a “Tax Equity Ordinance,” described by another coalition member as an “aggressive” effort toward moving the state to full “marriage equality.”
How can PICO United Florida honestly say that it isn’t supporting a redefinition of traditional marriage?
Gamaliel Foundation Network
The Gamaliel Foundation Network has over 50 affiliates in the United States, each with dozens of congregational members – many of them Catholic.
Gamaliel was a founding member of the Fair Immigration Reform Movement (FIRM) Steering Committee which in 2010 made an official position statement that homosexual relationships should be recognized as “families.”
Now, this homosexualist position was FIRM’s, not Gamaliel’s but Gamaliel was certainly involved in forming FIRM’s position.  That is a direct action of support, as much as if Gamaliel had come out and claimed it for itself.
Topeka Justice and Unity Ministry Project (Topeka JUMP)
The Topeka Justice and Unity Ministry Project (Topeka JUMP) is an affiliate of the DART network.  Among its recent actions is the push to expand a program called Communities in Schools, “a crisis intervention program for at-risk students” in elementary schools.
Communities in Schools has 164 affiliates around the country “bringing community resources inside public schools – where they are accessible, coordinated and accountable.”  It “partners” with local businesses, social service agencies, health care providers and volunteers. Whether it’s food, school supplies, health care, counseling, academic assistance or a positive role model, Communities In Schools is there to help.”
One Communities in Schools (CIS) success story tells about Jasmine, living in Charleston.  “A CIS case-managed student for over eight years,” Jasmine’s “Support Specialist worked very closely with her grandmother to ensure that Jasmine remained on birth control….  Luckily, Jasmine stayed on birth control and did not get pregnant…”[i].
In Kansas, the minutes of a June 19, 2013 Franklin County Children’s Coalition meeting recognized Communities In Schools for its work to address teen pregnancy and the lack of maternal education, offering them “brown bags for birth control (condoms).”
Expanding Communities in Schools programs in Topeka public schools means expanding all aspects of its work.
In Conclusion
These are only five examples that demonstrate the work of Alinskyian organizations to promote abortion, birth control, and same sex marriage.  One could provide numerous others.
Fostering such organizations among congregations that profess a contradictory moral doctrine is beyond hypocritical.  It is sophisticated manipulation of people to support of positions they may be entirely unaware of supporting.
Of course, one can’t be too surprised that those who push unethical moral positions engage in deceit, too.  It’s a seamless garment.
[Ed. note: Stephanie Block’s latest book, Organizing the Culture of Death: Using congregations for progressive politics through Alinskyian organizing is available at Amazon.com.]

2 Responses to SAUL ALINSKY MAY NOT HAVE BEEN A SAINT BUT THERE IS NO DOUBT HE WAS A GENIUS, AN EVIL GENIUS