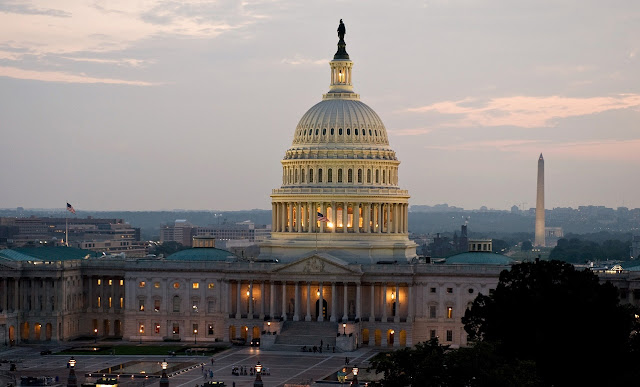 The United States House of Representatives passed HR 3134, a measure that temporarily suspends funding for Planned Parenthood, America’s largest abortion provider, during an investigation into criminal activity by the abortion giant.

Yes, that’s correct—your and my tax dollars fund the criminal, not to mention abominable activity, of tearing children limb from limb.  We’re told that tax dollars never pay for abortion, but only for overhead and so-called women’s health services.  So rest easy: your tax dollars only pay for the electricity to power the vacuum, not for the actual act of sucking the baby out of his mother into the sink.

Although HR 3134 marks a positive step in the right direction, why is this conversation about Planned Parenthood even still rambling endlessly with no end in sight?  Elected leaders are tripping over their directionless feet on the way to assure grassroots activists that there is a plan to defund Planned Parenthood.  They are inexcusably behind many states, especially Texas, that have enforced budget rules and disqualified abortion providers from participation in women’s health programs.

If watching the recent footage of chopped up baby body parts does not drive the US Senate to defund the abortion industry and Planned Parenthood, nothing will, and the time will never come.  For what exactly are we waiting?  Conciliatory discussions with the White House?  The next round of slaughter to be captured on video?  The next season of public outrage?  Because the harvesting of the brains from helpless live babies isn’t barbaric enough?

Under no circumstances should Planned Parenthood get one cent of our money from the feds.

Defunding the abortion industry and Planned Parenthood can be achieved many ways.  And every option must be tried, not talked to death.  Shut down is on that list, but perhaps as a last resort.  Why can’t the entire federal government be funded WITHOUT funding abortion?  Why is this so hard?  Why not, for once, calculate the number of lives lost (or perhaps—more self-serving—the number of voters lost) to abortion instead of the numbers in the United States Senate.  Why not, for once, make the abortion lobby meet our demands?  We do have the upper hand at this moment.

Republicans and Pro-Life elected officials can and are willing to fund fully women’s health programs and the entire federal government without giving contracts and grants to Planned Parenthood.  But the President will still insist on funding Planned Parenthood—a PRIVATE organization under criminal investigation that murders children and maims women.

This is our US President—willing to stop public services so that the PP butcher shop can spend my money and your money.

He is the one threatening to close the government—a shut-down is his promise to America because the President is that committed to abortion.

Planned Parenthood should be defunded once and for all, not temporarily.  If the feds keep posturing through procedures known as “continuing resolutions,” they are just prolonging the slaughter by continuing the funding.

When US Congress and Pro-Life officials take the bold stand to defund the abortion industry—a stand for which voters are clamoring, then Obama’s extremism cannot be nuanced or wordsmithed away into talking points.  Is the message that our national security is weakened because he demands funds for an agency that serves up dead babies with their parts on the side in a petri dish for profit?  Just once…this one time, when we’ve seen what happens in the abortion mills, we must urge Congress to put Obama and the abortion mob on the defensive.

Some advocate working within the system so as to keep a seat at the table of the ruling class. But this system has failed women and failed the American taxpayer, and the scraps from the proverbial table are stale and scarce.  If Republicans and Pro-Lifers in federal leadership cannot, at this moment, find a way to definitively and permanently disqualify abortion providers and their affiliates from federal funding, a new table with new representatives needs to be set by the voters.

I am a retired Roman Catholic Bishop, Bishop Emeritus of Corpus Christi, Texas
View all posts by abyssum →
This entry was posted in Uncategorized and tagged abortion industry, abortion provider, PLANNED PARENTHOOD. Bookmark the permalink.
%d bloggers like this: